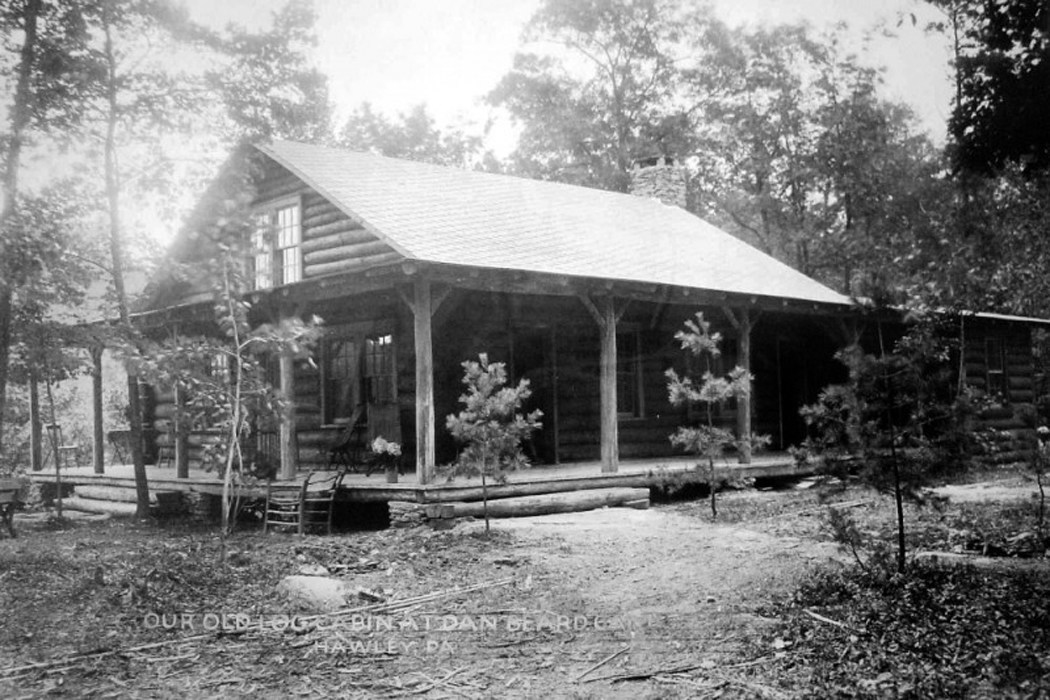 By Northeast Pennsylvania Council of the Boy Scouts of America, Special for  USDR

The Dan Beard Cabin lies in neatly stacked piles ready to inspire current and future generations of Boy Scouts and Scouting leaders from around the world – and it’s going to rise both a log and a dollar at a  time.

The NEPA BSA raised funds from corporations and private donors to professionally disassemble the historic cabin and move it to Boy Scout owned property at Goose Pond Scout Camp near Lake Wallenpaupack, PA.  Now, a Go Fund Me Campaign has been launched aimed at both friends of scouting for larger donations while Scouts themselves are being asked to consider donating “A Dollar For Dan” to help with the  project.

According to David Price, the campaign wants to make sure everyone can get involved, “We will seek larger donations from corporations, but most of our money will come from small donations from those who have had their lives enriched by Scouting.  Further, we came up with the Dollar For Dan campaign to allow almost all Boy Scouts to take part.”   Donations by current Scouts is limited to $1.  The idea is not necessarily to raise a great deal of money but to allow almost any scout to be a part of the rebuilding of this historic  cabin.

The Boy Scout Council launched a webpage to educate the scouting community about Dan Beard and his cabin (www.nepabsa.org/danbeardcabin) and Go Fund Me Page to raise the final $150,000 needed for the project. All those who donate will receive special recognition on the Scout  website.

A Google search “Dan Beard Go Fund Me” will take you directly to the fund raising  page.

SOURCE Northeast Pennsylvania Council of the Boy Scouts of  America