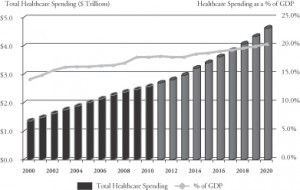 A survey of 337 retirees on Medicare revealed that 45%1 believe the economy is the most critical issue facing America in 2012 – beating out the national debt (21%); jobs (19%); and health care (15%) for the top spot. This is despite the fact that 43% of respondents said they expect the economy to be “about the same” next year, with 37% saying it will be “somewhat” or “much” better. Just 24% said they expect it will be “somewhat” or “much” worse.

The survey was fielded from December 22-26, 2011 by Extend Health, Inc., which operates the nation’s largest private Medicare exchange. Nearly two-thirds of respondents have been retired from major U.S. corporations for 10 years or more.

Questions and detailed results from the survey are as follows:

Extend Health has helped hundreds of thousands of seniors compare and choose private Medicare plans. Extend Health is the only place seniors can compare more than 4,000 plans from more than 75 carriers side by side and find plans that best meet their needs. Licensed benefit advisors are available to help seniors evaluate their Medicare coverage and explore new options quickly and easily.

According to a statement, “Extend Health, Inc., founded in 2004, operates the largest private Medicare exchange in the country. For more information, visit Extend Health on the web athttp://www.extendhealth.com.”