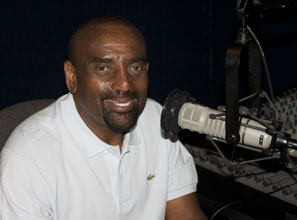 Six Segment Titles Reveal Controversy
The online video and cable TV series features six segments whose titles describe the hot topics covered in the series.  All are available for viewing online at the Full Disclosure Network(R) website for FDN insiders who sign up to receive the non-profit public affairs TV programming schedule that is billed as “the news behind the news.”   Segment titles are:

Segment 1 How Black America is Exploited by Black Leadership
He says that Black people in America are suffering not because they are victims of racism, but….because they have turned their lives over to the government

Segment 2 Silencing The Message
Met with fierce opposition when Rev. Peterson shared his radio message that racism was not the problem in the Black community and that people should think for themselves, the radio station was threatened with destruction and Peterson was banned from 3 local stations
Segment 3 Anger, Hate & Black Genocide
Rev. Peterson characterizes prominent black leaders such as the Rev. Jesse Jackson and Rev. Al Sharpton claiming they are “promoting racism from the pulpit.”

Segment 4 Perfect Love Is The Answer
Rev. Peterson explains that “anger cannot exist where there is perfect love and true love comes with forgiveness.”

Segment 5 The “N” Word, George Zimmerman and Trayvon Martin
He says that if the “N” word is such a bad word, Black people would stop saying it, but it is used instead to control white people. He says perfect love makes it impossible to be hurt by words.

Segment 6  Women Hating Fathers
Rev. Peterson stirred up controversy when he explained why he believes some women hate their fathers.