From the Christian Science Monitor:

Ron Paul’s presidential strategy is working – at least it did in Maine and Nevada Sunday, where he won the most number of delegates at state party conventions.

If most Republicans and pundits consider Mitt Romney the all-but-nominated champion to take on Barack Obama in this year’s presidential election, Rep. Paul’s army of enthusiastic and determined backers beg to differ.

In fact, they’re not begging at all but pounding at the gates of conventional political thinking. All that’s missing are the torches and pitchforks. 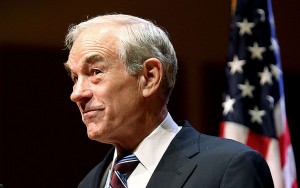 Paul’s method is to hold the Republican Party to its often-arcane delegate selection rules, especially in state party conventions.

Over the weekend, his supporters took control of the Maine Republican Convention, electing a majority slate of delegates.

In Nevada Paul forces did likewise, winning their man 22 delegates, compared to three for Romney.

Romney won Nevada’s caucus in February with half of the vote, the Associated Press points out. Under party rules adopted last fall, Romney was to get 20 of Nevada’s 28 delegates for the national convention, and Paul was to get eight.

Paul backers say delegates will abide by those rules in the first round of balloting at the national convention in Tampa, the AP reported Sunday. But all bets are off if there is more than one round of balloting, and it remains to be seen whether the Romney campaign or Republican National Committee will challenge Nevada’s delegate results.

Romney wasn’t present at the Nevada convention, but his election lawyers were.

In any case, Paul’s Nevada chairman Carl Bunce told the Las Vegas Sun, “We are sending a strong delegation to Tampa in August.”

Still, Romney is way ahead of Paul in the delegate count – 865 to 93, according to Real Clear Politics. Rick Santorum and Newt Gingrich dropped out when… (read more)