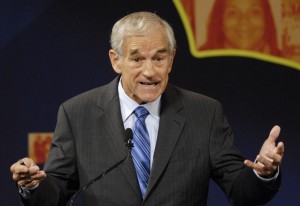 Congressman Ron Paul (R-TX) has seen a huge surge in the polls in recent weeks in his quest for the GOP nomination for President.  In what has become very predictable in this election cycle, a Republican surge is followed by a media beating, and now Paul is next in the cross hairs of the media.  First it was his newsletters in the 1990s that are now being called “racist.” Now people are challenging his pro-life credentials.

Before serving in Congress Paul was an OB/GYN and had always been a vocal proponent in the defense of those who are pre-born.  Now, even one of the nation’s most influential anti-abortion groups is becoming vocal in its criticism. In a press release distributed yesterday, American Right to Life stated the following:

“American Right To Life calls it politics as usual when Ron Paul tried to mislead pro-life voters by signing a pledge that he actually rejects. Just in time for the 2012 Iowa caucuses Paul pledged that he will “endorse legislation to make clear that the 14th Amendment protections apply to unborn children.” But then he contradicted his pledge by stating, “I can’t agree that the Fourteenth Amendment has a role to play here.””

“‘Shockingly, Ron Paul agrees with the central finding of Roe v. Wade itself,” says Darrell Birkey, director of research for American Right To Life, “that the constitutional protection of human rights does not apply to unborn children.” And Birkey adds, “Ron Paul as president would defend a fictitious right of states to legalize the murder of children, but any country that permits kids to be intentionally killed is not even civilized.'”

“”Ron Paul is not who he claims to be,” says Lolita Hanks, president of American RTL. “Paul is pro-choice, state-by-state. He believes states should be allowed to keep abortion, which is like allowing states to keep slavery.” Thus as president, Paul would refuse to enforce the 14th amendment, which declares, “No State shall… deprive any person of life… without due process of law; nor deny to any person within its jurisdiction the equal protection of the laws.” (See more at AmericanRTL.org/constitution.)”

“‘Today’s pro-life movement is strong and growing, not weak and willing to accept whatever we can get,” says Hanks. “We’re not going to swoon because Ron Paul or any other candidate merely claims to be pro-life. Either Ron Paul will use governmental authority to stop the slaughter of children, or he is just another worthless politician.'”

The base of Paul’s support is clearly found among economic conservatives and libertarians, so it is difficult to see what effect, if any, this release will have on Paul.  Furthermore, the economy seems to be the overriding issue of 2012, so it will be hard to determine the effect on Paul’s campaign.  However, Iowa has among the largest percentages of social conservatives in the country, so it could prove to be very negative where it matters — in the caucuses that take place next week.