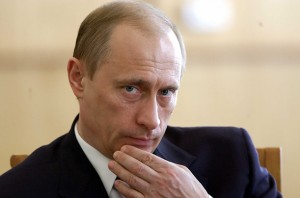 Anthony T. Salvia, Director of the American Institute in Ukraine, and consultant in international public advocacy and governmental affairs, has said that Vladimir Putin is still the most popular politician in Russia.

Salvia is a consultant and writer based in New York, the author was Special Advisor to the Undersecretary of State for Political Affairs in the Reagan Administration, and served as director of Radio Free Europe/Radio Liberty’s Moscow bureau.

He said: “If the Russian presidential election were held next week, Prime Minster Vladimir Putin would likely win with 52-58% of the popular vote-some 20 points fewer than the result he achieved in 2004, but still representing broad popular support in line with Western standards of electoral success.  If his position were to slip between then and March 4th, and he were to receive less than 50% of the vote, he would find himself in a run-off, most likely with Communist party leader Gennady Zyuganov, over whom he would certainly prevail.

“So says Valery Fyodorov, general director of VTsIOM, one of Russia’s leading public opinion research organizations.  He recently presented detailed polling results to an international conference organized by the Mitteleuropa Initiative in Vienna.

“He said a greater danger for Putin than Zyuganov would be the inevitable efforts of opposition forces to de-legitimize his election-which they will do even if the process is conducted freely and fairly.

“US Secretary of State Hillary Clinton provoked Moscow’s ire when she labeled the Russian State Duma elections of lastDecember 4th “neither free nor fair,” demanding that each and every instance of fraud be investigated.

“Fyodorov contradicted this narrative.  He told your correspondent that while vote fraud certainly did take place, it did not do so on such a scale as to alter the results, which corresponded broadly to exit and pre-election polling nationwide.  Nevertheless, the opposition-i.e., the disaffected members of the urban middle class, the liberal intelligentsia, Communists and Russian nationalists who took to the streets to protest electoral chicanery- as well as much of the Western media and some leading Western politicians, have sought to de-legitimize the Duma elections, and, thereby, the Russian government.

“More of the same can be expected in the aftermath of the presidential vote on March 4th.

“Some opposition forces will surely seek to portray any decline in Putin’s percentage of the vote since the last time he ran (certain to happen), a lower rate of voter participation (as those who feel there is no acceptable alternative to Putin stay home), and an upsurge in support for the parties of the left, including the Communist Party (likely in view of their strong showing in the State Duma elections of last December, although as of this writing, Putin is rising in the polls) as popular disavowal of Putin.  For good measure, they will allege voter fraud-whether or not it took place-in an effort to discredit and de-legitimize Putin and the Russian system generally.

“Secretary Clinton and her merry band of humanitarian interventionists at Foggy Bottom will be only too happy to egg them on. They will be aided and abetted by the Republican foreign policy establishment, which shares Mrs. Clinton’s antipathy to Putin-not because, in their view, he is not a democrat (they could not care less about that), but because he dares to resistWashington’s efforts to turn Russia into a nominally independent satellite by standing up for Russia’s legitimate national interests.”

Salvia is a consultant and writer based in New York, the author was Special Advisor to the Undersecretary of State for Political Affairs in the Reagan Administration, and served as director of Radio Free Europe/Radio Liberty’s Moscow bureau.