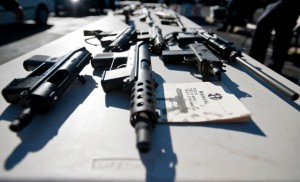 The Second Amendment Foundation today filed a lawsuit in King County Superior Court alleging that the City of Seattle violated the Public Records Act by withholding documents sought by SAF under a public records request relating to the city’s controversial gun buyback in January.

SAF is alleging that the city did not provide all requested documents, and also heavily redacted many documents that were not protected under attorney-client privilege. SAF further alleges that the city provided some of the documents it sought to a reporter for the Seattle P-I.com and SAF only learned of the existence of these documents by reading a story on the news agency’s website in June.

In addition, SAF contends that fees should not have been charged for the mere electronic reproduction of e-mails, and that the city limited its disclosures to e-mails between five city employees, and did not provide any notes, agendas or other documents relating to the buyback.

“Our request to the city for communications and documents was clear and unambiguous,” said SAF Special Projects DirectorPhilip Watson. “When I read about some communications between the staff, which were not provided to us under the PRA request, it was stunning and disappointing. I should not have to read about something we asked for, and were denied, in a newspaper article months after our request.”

“Mayor Mike McGinn’s staff appears to have been playing games,” said SAF Executive Vice President Alan Gottlieb. “This is not a game. Government, regardless what level, needs to be accountable and transparent. If the McGinn administration believes it is above meeting the requirements of the law, they need to re-think that position.”

SAF is represented by the Tempski Law Firm, PS of Bellevue.