With the 125th Red Kettle Campaign well underway, donors and supporters of The Salvation Army have rallied in pursuit of a new way to give to those in need: by entering their #RedKettleReason video for a chance to win The Salvation Army’s first-ever Giving Spree Contest. After five finalist videos were selected, and tens of thousands of votes from the public, the results are  in.

Fifteen-year old Maddie Bonocore from Overland Park, Kan. was named the winner, receiving a paid trip to New York City to shop for toys and necessities for a local Salvation Army children’s program. Maddie shopped for the Kansas City Children’s Shelter, which provides shelter care for children unable to remain in their homes due to a family crisis, or issues of abuse and/or  neglect.

Actor, producer, musician and Salvation Army supporter Nick Cannon helped announce the contest and joined Maddie for the shopping event. Highlights from the event were featured on  TODAY.

“My birthday wish this year was to give back to someone in need. My mom helped me submit a video to try and win the Giving Spree, and I am so honored to have won and to have my birthday wish come true in an even more impactful way than I could have imagined,” Maddie said. “The Salvation Army Children’s Shelter provides a safe place for kids who need it most, and I want to help them have a merry Christmas and begin the New Year with new toys, clothes and other important  necessities.”

“Maddie displays a selfless spirit and is a great example for other young people to follow,” said Lt. Col. Ron Busroe, national community relations and development secretary for The Salvation Army. “The Giving Spree is meant to inspire Americans to find a way to make an impact on their community this holiday season. Small acts of kindness can go a long way for families and children struggling during the  holidays.”

During the holidays, 3.3 million people rely on The Salvation Army to provide their families with a warm meal or toys for children on Christmas Day. In addition to the help provided during the holiday season, donations made to the red kettles help the Army provide more than 10 million nights of shelter, nearly 57 million meals, and programming such as substance abuse recovery, after-school programs and emergency shelter for children and families in need year-round. In all, The Salvation Army is able to help nearly 30 million people each year, thanks in large part to people’s generous  donations.

From its humble beginnings as a program started by a Salvation Army captain in San Francisco in 1891, the Red Kettle Campaign has grown into one of the most recognizable and important charitable campaigns in the United States. It provides toys for kids, coats for the homeless, food for the hungry and countless social service programs year-round. More than 25,000 Salvation Army volunteers throughout the country ring bells and solicit donations to the red  kettles.

About The Salvation  Army
The Salvation Army, established in London in 1865, has been supporting those in need in His name without discrimination for more than 130 years in the United States. Approximately 30 million Americans receive assistance from The Salvation Army each year through a range of social services: food for the hungry, relief for disaster victims, assistance for the disabled, outreach to the elderly and ill, clothing and shelter to the homeless, and opportunities for underprivileged children. 82 cents of every dollar donated to The Salvation Army is used to support those services in 5,000 communities nationwide. The Salvation Army tracks the level of need across the country with the Human Needs Index (HumanNeedsIndex.org). For more information, go to salvationarmyusa.org or follow on Twitter  @SalvationArmyUS. 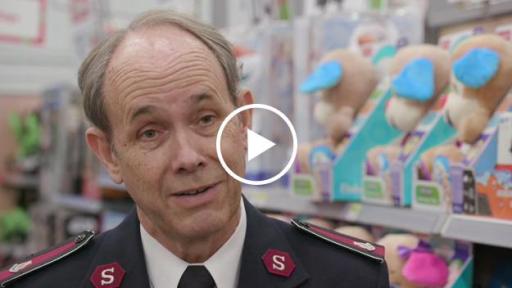 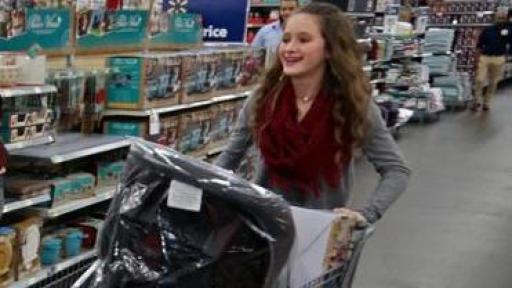 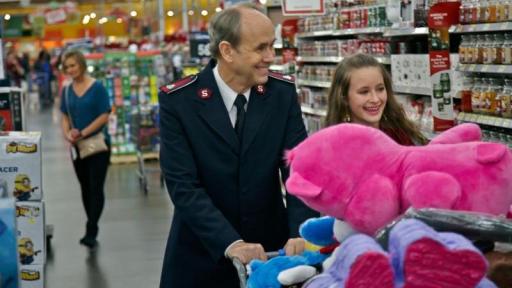