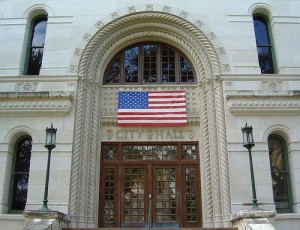 Today, Liberty Institute submitted a letter to the Mayor and City Council of San Antonio opposing a proposed ordinance that would ban citizens who hold traditional religious views about sexuality from holding public office or performing city contracts and subcontracts. The attorneys warn that it is unconstitutional to prohibit the free exercise of religion and to make it a “thought crime” to hold traditional biblical views on sexuality.

The proposed ordinance violates the U.S. Constitution, the Texas Constitution, and the Texas Religious Freedom Restoration Act, according to Liberty Institute’s attorneys.

Liberty Institute President and CEO Kelly Shackelford said, “These violations of the Constitution are among the most blatant and egregious that we at Liberty Institute have ever seen. Restricting, regulating, and discriminating against an individual just because of that person’s traditional religious views abridges individual freedom of speech and freedom of religion and is prohibited.”

Shackelford continued, “If the proposed ordinance is enacted by the City of San Antonio, Liberty Institute will be forced to take court action against the city to fight such a blatant attack on the religious liberty and the free speech rights of the citizens of San Antonio.”