By the Employment Policy Institute, Special for US Daily Review. 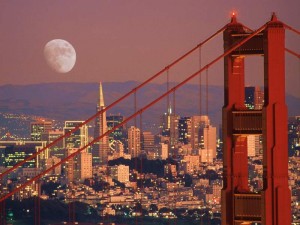 San Francisco is a beautiful city -- but not for job creators.

Yesterday, the Employment Policies Institute (EPI) announced that San Francisco, California will become the first in the country to raise the minimum wage above $10 an hour. The new wage rate in the city as of January 1, 2012 will be $10.24 an hour, a 32 cent increase from 2011. Eight states will also increase their minimum wage in 2012 due to indexing (a full list of the states and their wage changes is included below).

Though minimum wage increases are praised by advocates as a policy that boosts the economy and reduces poverty, the evidence shows otherwise.

Economists from Cornell University and American University found that increases in states’ minimum wages between 2003 and 2007 had no impact on poverty rates. The authors point to a decrease in employers’ demand for less-skilled employees as the cost to hire and train them rises. Instead of seeing a boost in earnings, some lose hours and others lose their wages entirely.

Further, recent research from West Point found that wage hikes do not boost the economy, and can actually reduce output in certain industries with a larger concentration of minimum wage employees.

“Despite the claims of advocacy groups, the evidence is clear: raising the minimum is a poor way to reduce poverty or boost the economy.” said Michael Saltsman, research fellow at the Employment Policies Institute. “With a nine percent unemployment rate that’s even higher for vulnerable subgroups, cities and states should be wary of policies that create additional barriers to employment.”