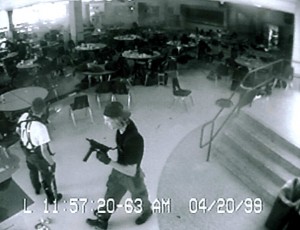 Author argues that Columbine with the first by design.

According to award-winning novelist and relative of Columbine shooting victim, Daniel Rohrbough, there is a direct link to school shootings and Al-Qaeda. “When I researched school shootings, more and more evidence pointed to how the Internet is being used to infiltrate, deceive, and recruit boys into the dark world of terrorism,” says Linda Rohrbough.

Formerly a computer book author, Rohrbough discovered a link between school shootings and Al-Qaeda while searching for answers after her nephew was gunned down at Columbine. “My first inkling of the connection to Al-Qaeda was when I attended the Columbine memorial service. I recognized General Colin Powell at the center of the platform, in full military dress. He was never mentioned or introduced, and he never spoke. He was just there.” See www.LindaRohrbough.com.

Powell is an expert on the Middle East, former Chairman of the Joint Chiefs of Staff, and credited for successful execution of Operation Desert Storm, which expelled the Iraqi army from Kuwait.

Further reports unveiled the Columbine shooters bragged theirs would be the first of many shootings. Also, the teenage shooters low-level formatted the hard disk drives of their computers before heading out to kill. Rohrbough wanted to know, “How could they know other shootings would follow? And why erase their hard disk drives? What were they trying to hide?”

Fortunately, in two cases, the authorities got to computers before the low-level format was complete. First, in a school shooting in Paris, and second, when a teenager in Florida flew his dad’s plane into a building. In both cases, e-mails traced back to Al-Qaeda operatives. Most recently, three teens in Louisiana were caught before shooting and are being held on conspiracy to commit terrorism charges.

Rohrbough’s extensive research resulted in her new novel, The Prophetess One: At Risk, published on April 20th, 2011, the 12th anniversary of the Columbine shooting.

“My heroine is pregnant, computer savvy, and uncovers that we are indeed, in a very different kind of war. One we can win by reclaiming the proper relationship men can have with their children, especially with sons,” says Rohrbough.

Number one New York Times bestseller Debbie Macomber said, “This is a fast-paced, thrilling, edge-of-the-seat reading. The Prophetess One: At Risk had me flipping the pages and holding my breath.“