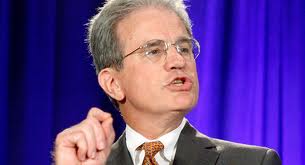 Editor’s note: Sen. Tom Coburn (R-OK) requested for the Government Accountability Office to do a study study with a focus on waste and redundancy.  Fox News notes that the report wasn’t cheap to develop… it was approximately $1 million, but it points to billions of dollars in savings and has won the praise of members of both parties.  A summary of the report can be found here. The entire report can be found here. Sen Coburn has been speaking out passionately of the issues covered in the report and released the following to US Daily Review and other news agencies about the results and its findings:

“This report confirms what most Americans assume about their government. We are spending trillions of dollars every year and nobody knows what we are doing. The executive branch doesn’t know. The congressional branch doesn’t know. Nobody knows. This report also shows we could save taxpayers hundreds of billions of dollars every year without cutting services. And, in many cases, smart consolidations will improve service. GAO has identified a mother lode of government waste and duplication that should keep Congress busy for the rest of the year…”

According to Sen. Coburn’s office, the “GAO did not provide a specific estimate of the cost of duplication in its report but Dr. Coburn estimated it to be at least $100 billion. Moreover, GAO only examined a fraction of the federal budget and only a handful of missions of varying scope. Dr. Coburn expects future reports will identify even greater overlap, duplication, and mismanagement.”

GAO concluded in its report that “Considering the amount of program dollars involved in the issues we have identified, even limited adjustments could result in significant savings.”

The following are some of the key GAO findings and examples of duplication, mismanagement and waste:

• Sen. Coburn’s office notes a “Dangerous lack of coordination regarding defenses against biological terror threats. At least five departments, eight agencies and more than two dozen presidential appointees oversee $6.48 billion related to bioterrorism.”  The GAO writes: “There is no national plan to coordinate federal, state, and local efforts following a bioterror attack, and the United States lacks the technical and operational capabilities required for an adequate response.”

• Sen. Coburn’s office states that the government spends “$1 trillion for special tax benefits, many of which are redundant.” The GAO writes: “For fiscal year 2009, the U.S. Department of the Treasury listed a total of 173 tax expenditures, some of which were the same magnitude or larger than related federal spending for some mission areas.”

• One of the ironic things garnered by the study, according to Sen. Coburn’s office, is “Financial literacy education offered by a government with a $14 trillion debt. Twenty agencies operate 56 programs dedicated to financial literacy but GAO and agencies can’t estimate what they cost.”

• Furthermore, Coburn has expressed huge concern over “Highways programs have not been rebooted since 1956. The Department of Transportation (DOT) spends $58 billion on 100 separate programs run by five DOT agencies with 6,000 employees.”  As the GAO says, the programs have “not evolved to reflect current priorities in transportation planning.”

• “Senseless duplication among military branches” is also a significant concern of Sen. Coburn. The GAO found that the military “wastes untold billions on duplication and overlap. For instance, Army and Air Force transportable base equipment, which includes mobile housing and dining facilities, could be used by both service, but are not.”

To sum up, Sen. Coburn’s staff states that this report is the first of what will be a regular annual report from the GAO on duplication. In particular, the amendment Dr. Coburn attached to last year’s debt limit vote (S. AMDT. 3303 Division I to H.J. RES. 45) “directs the Government Accountability Office to annually identify federal programs, agencies, offices, and initiatives with duplicative goals and activities, to estimate the cost of such duplication, and to make recommendations to Congress for consolidation and elimination of such duplication.”