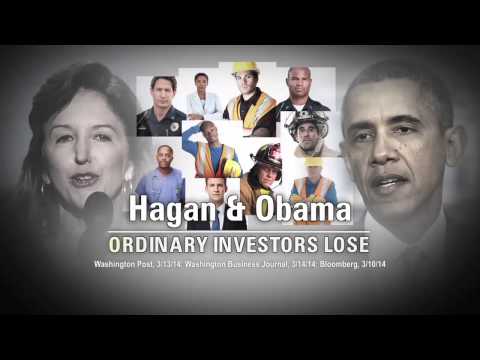 The plan, proposed by Senate Banking Committee Chairman Tim Johnson (D-SD) and Ranking Member Crapo, and supported by President Barack Obama, dismisses all current shareholder investments in Fannie and Freddie and wipes out ordinary investors. 60 Plus Chairman Jim Martin stressed his organization’s concerns, saying, “These investors include retirees, teachers, police officers, and firefighters who will lose retirement savings while the government sucks all the profits. The Johnson-Crapo legislation would also largely codify the Treasury’s Third Amendment that has confiscated all money due to Fannie and Freddie’s private shareholders.”

Added Martin, “Millions of retirees and other Americans will lose their savings from this broad government overreach built into the Johnson-Crapo legislation. We’re asking these Senators to not bring Obamacare to the mortgage industry and to allow Fannie and Freddie shareholders to recoup the investments that are lawfully theirs.”

“Further,” Martin continued, “the Johnson-Crapo bill adds $5 trillion to the government balance sheet. According to our financial advisors, as profitable entities, this month Fannie and Freddie are scheduled to fully repay the government from the 2008 federal bailout. Per the White House budget analyst, the Obama Administration has already projected $179 billion from Fannie and Freddie’s projected profits over the next 10 years as part of the government’s budget. This is profit due to shareholders who invested in the government-sponsored enterprises, or GSEs.”

About 60 Plus Association: Founded in 1992, the 60 Plus Association is a non-partisan seniors advocacy group with a free enterprise, less government, less taxes approach to seniors issues. For more information, please visit www.60plus.org.