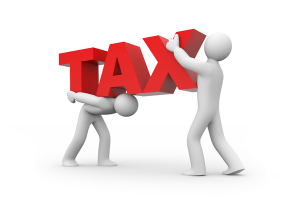 Today, the Council for Citizens Against Government Waste expressed its disappointment with the passage of H.R. 2642, the 2013 Farm Bill, which was approved this afternoon in the House of Representatives by a vote of 216-208. A rare opportunity to reform some of the federal government’s most regressive and wrongheaded legislation has been squandered.

Earlier this week, CCAGW joined with 16 free-market groups to commend the House of Representatives on recognizing the need to break up the agricultural and nutritional portions of the 2013 Farm Bill, which was defeated by the House on June 20, 2013. However, that correspondence included a caveat that the bill should be considered under an open rule. Instead, the legislation rushed to the floor today was considered under a closed rule, with an amendment that eliminated the 1949 permanent farm law and replaced it with the language of H.R. 2642. This means that the expiration dates for farm programs that were included in the bill that failed in the House are no longer in effect, leaving in place corporate welfare giveaways such as the sugar program.

Changes to the 1949 farm law alone should have been sufficient for fiscal conservatives to oppose the bill, but there were other significant reasons as well: disgracefully, H.R. 2642 will cost more than the farm provisions of the Senate-passed bill and even President Obama’s budget request, while also busting the House-passed budget resolution.

“The interests of taxpayers and reformers were dealt a real blow with today’s passage of the 2013 Farm Bill,” said CCAGW President Tom Schatz. “House Republicans resorted to dead-of-night tactics to ram through a bill that makes permanent sweetheart deals for special-interest commodity producers, while leaving consumers holding the bag, not to mention an unnecessarily bloated grocery bill. Perhaps House Republicans who call themselves fiscal conservatives but would bust their own budget resolution should arrive at better understanding of the English language before they tackle farm policy.”