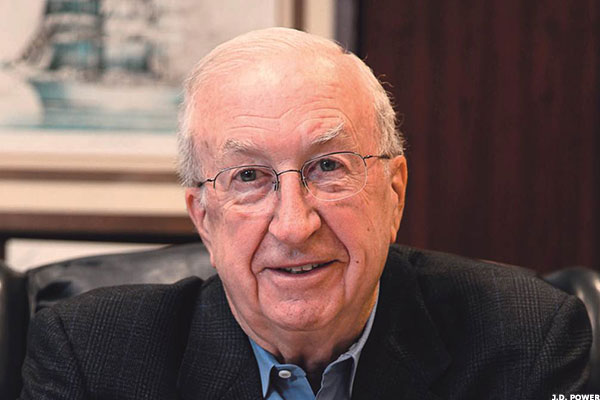 When my father, Dave Power, founded J.D. Power and Associates in 1968, he was already in his late thirties with enough education and work experience under his belt to provide a solid understanding of business. But he also had a lifelong interest in understanding people’s motivations—what made them tick—that I think allowed him to not only excel in the field of market research but also effectively lead the more than seven hundred people that made up his organization.

Like many in family businesses, my mother, siblings, and I were closely connected to the triumphs and travails of the business, even from a young age. As such, around the kitchen table or when we visited him at the office, Dad imparted valuable lessons about running a business. Just as his parents had instilled core values in him as he was growing up, my father let me and my siblings know that the values he had built and operated his business under—integrity, independence, and impact—were ones that we should carry in whatever we pursued in life.

Later, as I worked at J.D. Power, I had a chance to observe the qualities and characteristics that my father brought to his interactions with employees and clients as well as the way he integrated his values into business strategies. In participating in a book about my father’s career, I was able to clarify some of the most valuable lessons I learned from him—ones that I think others would appreciate also.

1. Create a culture
2. My dad built a business with a sense of purpose. For him it was genuinely about doing more than making money; it was about doing what was right and making a difference. He calls it having impact. Employees loved the idea and implicitly knew what the mission was. Today he remains most proud of the organization he created and the impact he and his associates had together on business and how businesses respond to customers.

3. Manage by walking around
4. His was not just an open door policy but one in which he made a point to walk the hallways to be accessible. He would use this time to check on things, to make people feel important, to get into impromptu discussions, to provide feedback, to encourage, and to seek out information. He also found it to be an effective way to communicate directly with employees, giving them feedback on the business and insights into what clients were experiencing.

5. Set expectations and challenge people
6. Often for my father the goals he set out were not target numbers but rather visions and concepts that he wanted to see realized. He’d put an idea out there and ask people to develop it and execute against his estimation of how far that idea could go. One example was the Power Information Network, a subscription database auto dealers could use to access real-time sales information. It took years to develop but because he continued to challenge employees to pursue it, it eventually met with success. Years after my father first initiated the idea, we happened to be sitting next to some mid-level auto executives at an industry event. Without knowing who we were, they started telling us how excited they were about the PIN information. They were showing us how they had access to the data on their iPads and described how they would use it to monitor the sales and incentive situation daily. It has been gratifying for him to see that part of his vision played out—finally.

7. Maintain integrity with clients
8. My father had the fortitude to tell clients when their customers were not happy, or when they were missing quality. The fact that he was known as a respectful straight shooter brought the business success and modeled an important value to employees. Today, in retirement, he looks back on his career without regret and enjoys a reputation of integrity and respect—even among the people who didn’t particularly like to hear what he had to say at the time.

9. Share the limelight with associates
10. Dad consistently made sure that associates who contributed were given exposure—both internally and externally. Many times he would ask junior staffers to go to client meetings, or even make them part of the presentations. He took the same gracious approach to responding to media requests. A lot of the employees loved the chance to see their names in the newspaper commenting on a situation. Generally he correctly judged when they were ready for this exposure, but only because he was always on the lookout for opportunities to share the stage.

11. Seek different perspectives and counter-intuitive solutions
12. My dad has a knack for discussing and examining an issue from different viewpoints. He would often ask people to provide differing opinions. He really shined when he himself would sometimes take an opposing view just to vet the issue further, or to try and find a solution that was not apparent or on the table. Probably part of this stems from his Jesuit college education—though we joke about it being his right-brain orientation. (He is extremely left-handed.)

Jamey Power is the former Executive Vice President of International Operations at J.D. Power and Associates. He is also the son of founder Dave Power, the subject of POWER: How J.D. Power III Became the Auto Industry’s Adviser, Confessor, and Eyewitness to History (2013: Fenwick Publishing Group), in bookstores now. Jamey co-authored Satisfaction: How Every Great Company Listens to the Voice of the Customer (2006: Portfolio).