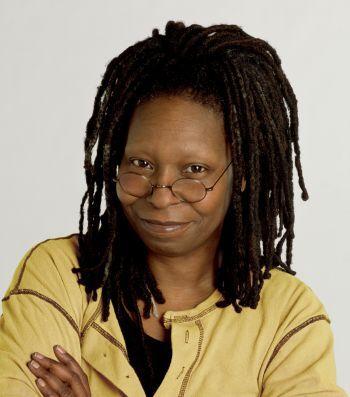 To Whoopi Goldberg and those of her mindset: Just because something looks good on paper doesn’t mean it translates well into reality. Communism is one of those things. It is never about making people equal, but about establishing a ruling class with all the money residing there, and the remainder of the society at poverty levels. Hence the rise of socialism in America, and the shrinking of the Middle Class. If you would peel back the beautiful skin of socialism a.k.a. communism, you would find a rotting corpse beneath. Look beyond the end of your noses, for crying out loud! Stop with the sound bytes and dig into history, for history proves communism is the worst form of government in the world.

Let’s look at recent history, and I do mean in the last 50 to 60 years. Russia, which used to be the U.S.S.R. (Union of Soviet Socialists Republics,) and yes, they didn’t like to call communism by it’s real name either. Nonetheless, there was a ruling elite, brutal suppression of the masses and poverty stricken masses. Depleted of all dignity, hope and pride in one’s work, the people were downtrodden in a horribly depressing life which held no promise of a brighter future. This is what communism offers, and is very far from the ideal so many uneducated Americans espouse as the ideal form of government.

Karl Marx, known as the Father of Communism, is the author of The Communist Manifesto. While I am uncertain as to what drove the man, the “ideal” he wrote about led to a denunciation of religion, lack of freedom to think and act for one’s self, and the darkest periods of any nation’s history. You’ve only to ask anyone who has lived under a complete cessation of freedom. My own father was such a man, and spent his childhood subject to the whims of the brutal Nazi soldiers occupying his country. A man devoted to the principles that made this country great, my father had a healthy disdain for all things socialism and communism. Knowing what it was like to live under the psychological torture enjoyed by the Nazis to control the countries they occupied, my father knew communism worked in the same exact manner.

The stunning thing to me is simply this: Why does anyone believe they can take something so dangerously flawed and make it better just because “they” can do it better. It doesn’t work that way. Never has, never will. Look to each communist nation in the world: China, North Korea, Cuba, Venezuela, and they are aching to add to their little cabal. Communism, under a number of leaders worldwide, has failed miserably. The only way they stay in power is by keeping their citizenry hidden away from the world and ignorant of all that exists outside of their borders. Because as soon as they figure it out, they’re out the door.

We have been given a brilliant form of government in the United States of America, it is called a Republic. A republic is a representational form of government which allows the poorest man to run against the richest and still win. It also provides an electorate subject to the people, if the people do their jobs. It also provides for any dream, within the bounds of decency and the law, to be achieved if one is willing to work hard enough and has the foundation in place to make it happen. It also requires an active citizenry in order for it to work properly, that is what we lack in America.

In other words, Whoopi’s “communism ideal” is a pig in a poke which no one with the slightest bit of education would buy. Perhaps you’ve confused crony capitalism with capitalism, greed with free enterprise, and laziness with responsibility. Because that is the only explanation I can find for someone who thinks “communism” is a good idea.