Author and Authority Marketing Expert Barbara Ling believes social media history is being made.  On Wednesday, July 17th, the Rolling Stone magazine revealed that the Boston Marathon Bomber Suspect was their cover choice for their latest magazine issue.  Less than 24 hours later, Facebook community outrage violently expressed itself via the page “ 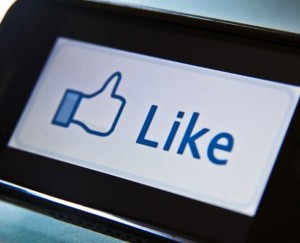 That equates to 4,168 Likes per hour, which equals 69 Likes per minute; a “Like” every 6/7th of a second.   The premise of the fanpage is simple:  “Rolling Stone announced its new cover today, featuring the Boston Bomber.  This is unacceptable and a slap in the face for those he killed and maimed.”  The rapid growth of this page’s popularity is testimony to how quickly Facebook users will share their passions with their own personal network.

Such rapid fan page growth is possible due to the structure of Facebook sharing.  Whenever a Facebook user “Likes” a page, that “Like” can show up in that individual’s feed, allowing his or her network to see it as well.  In addition, many media outlets and Facebook users are including the hashtag “#Boycott” AND “#RollingStone” which encourages viral sharing via Facebook’s Open Graph Search.  This results in more engaged viewers and more passionate participants becoming polarized to one side or the other.

“Grass roots campaigns within Facebook are nothing new,” commented Ling.  “In May 2013, a successful protest by Women, Action and the Media convinced advertisers to pull their ads in protest of “rape joke” pages that proliferated on Facebook.  Facebook rethought their position and removed the pages in question; this is proof of the power of social media.” 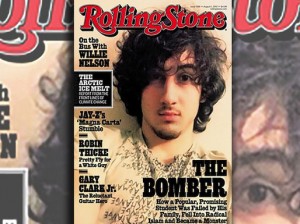 How this public outcry will affect Rolling Stone Magazine, their advertisers and community remains to be seen. Smart businesses, however, will watch this reputation management situation unfold and learn from the reactions; once a controversial passion blazes on Facebook to this extent it becomes virtually unstoppable.

Ling believes the lesson here is the Facebook community can amplify or condemn a brand’s authority and appeal. “Businesses must track their brand’s social media interactions online,” she said. “Before tapping into controversy and generating raging publicity, businesses need their reputation management plans squarely in place in case of maddened public opinion backlash.”  At the time of the posting of this article, the Facebook boycott page had over 170,000 “Likes.”