By the National Center for Policy Analysis, Special for US Daily Review. 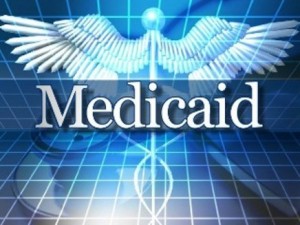 By obstructing state efforts to reform Medicaid drug programs, lobbyists drive up taxpayer costs, according to a new study by the National Center for Policy Analysis (NCPA).

The study notes that groups, such as pharmacy trade associations, frequently oppose the efforts of individual states to let privately run, Medicaid drug plans negotiate dispensing fees with participating pharmacies, even though the savings can be tremendous.

“For example, Wal-Mart and other major retailers sell hundreds of generic drugs for $4 per prescription; this includes the dispensing fee and the drug itself, said NCPA Senior Fellow Devon Herrick. “So why do Alabama, Alaska and Oregon pay more than $10 to $14 for each Rx dispensing fee, in addition to the cost of the drug?”

The answer, said Herrick, is “lobbyists, drug store and other special interests want to maintain the status quo.”

Points from State Reform of Medicaid Drug Programs include:

Other cost-savings strategies include coordinating and tracking drug therapies, establishing reimbursement rates for drug makers similar to what commercial drug plans pay, and empowering patients with control of some of the dollars spent on their drug therapies so that they become better consumers.

About. The National Center for Policy Analysis (NCPA) is a nonprofit, nonpartisan public policy research organization, established in 1983. We bring together the best and brightest minds to tackle the country’s most difficult public policy problems — in health care, taxes, retirement, small business, and the environment. Visit our website today for more information.