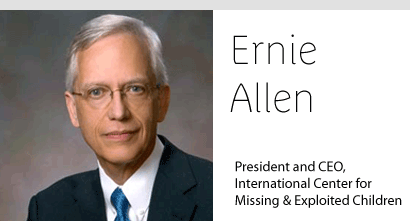 “The publicity surrounding the discovery of the little blonde-haired, blue-eyed girl called “Maria” in the Roma camp in Greecehas brought hope to tens of thousands of parents around the world who have children that are still missing.  However, her story is about more than one child.  Little Maria has become a symbol of a larger problem – the well being of millions of children.

Maria was found resulting from the quick actions of law enforcement in Greece.  Her extraordinary story has prompted a worldwide effort to determine who she is, where her family is and whether she is an abducted or trafficked child.  Her story has awakened a global audience and she has millions of people anticipating the resolution of her mystery.  The search for her identity is providing hope for many others as thousands of searching parents of other missing children are hoping that their child might still be out there and recoverable.

The International Centre for Missing & Exploited Children, (ICMEC), commends the quick actions that were taken by law enforcement in the region of Larissa, Greece that led to the  discovery of little Maria.  While the search goes on, the Greek Public Prosecutor removed Maria from the Roma camp and she is now being housed and cared for in a Smile of the Childfacility in Greece.

An estimated 8 million children are reported missing each year around the world.  Another 2 million children will be victims of commercial sexual exploitation.  The discovery of Maria reinforces the important role law enforcement plays in discovering these child victims.

Together with our partners at The Smile of the Child and Missing Children Europe, we urge people everywhere to look at the photo of Maria, provide any information they might have to authorities and help us identify her and bring her home.”