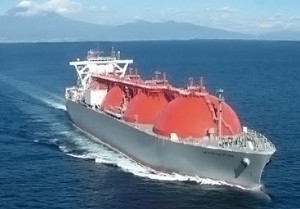 Twenty applications to build and operate Liquefied Natural Gas (LNG) export terminals are currently under review by Department of Energy staff, some for as long as two years that could be boosting the U.S. economy by thousands of jobs and billions of dollars in economic activity, according to new paper by the American Council for Capital Formation (ACCF) titled, Liquefied Natural Gas: Why Rapid Approval of the Backlog of Export Applications is Important for U.S. Prosperity.

“We fear that this protracted bureaucratic delay significantly undermines the vast potential that LNG exports can bring to our nation’s economy,” Dr. Margo Thorning, chief economist of ACCF said.  “This inaction endangers the state, local, national, and global benefits of producing and exporting LNG. America is racing against international competitors for LNG sales abroad, with at least 63 LNG export projects planned or under construction around the globe.  So time is of the essence.”

Expanded LNG exports have the potential to spur positive increases in nationwide employment (73,100 to 452,300 between 2016 and 2035) and our Gross Domestic Product ($15.6 to $73.6 billion annually between 2016 and 2035), according to a recent study by ICF International. Benefits at the state and local level – in areas that would house export facilities and produce natural gas – would be significant.

The paper is the first-of-its-kind to provide a compilation of the status of LNG export applications, the current length of application review, the estimated economic benefits listed in each application, and total estimated capacity.  ACCF asserts in the research paper – as well as in an online platform Act on LNG (www.ACTonLNG.org) – that the multi-year federal approval process is creating significant opportunity for delay, which could derail the overall investment if foreign competition is realized.

To date, the administration has approved just two permits to export LNG.  Considering that each project can take five years or more to move from approval to export flow and cost billions of dollars to permit and build, the paper highlights the importance of the Energy Department and the Federal Energy Regulatory Commission approving all applications so that the market can best determine appropriate supply and demand and which projects are best positioned to move forward.

“The free market, not bureaucrats, must decide which U.S. export facilities ultimately get financed and built,” Dr. Thorning said.  “Let’s not let this golden opportunity for increased production and positive trade balance slip through our hands.”