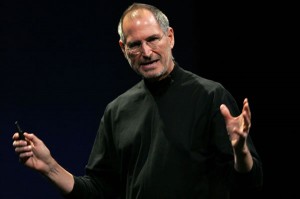 Steve Jobs (1955-2011), the inspirational founder of Apple, recently passed away and has been at the center of attention of magazines, newspapers, the Internet, and other media.  Unlike most major leaders who pass away and are noted in the publications of the industry they are most famous for, Jobs was treated as a major celebrity.  In fact, he is like royalty, maybe the Prince of Technology.

The company he founded noted that “Apple has lost a visionary and creative genius, and the world has lost an amazing human being,” Mr. Cook said in a letter to employees. We will honor his memory by dedicating ourselves to continuing the work he loved so much.”

The Wall Street Journal observed that “During his more than three-decade career, Mr. Jobs transformed Silicon Valley as he helped turn the once-sleepy expanse of fruit orchards into the technology industry’s innovation center. In addition to laying the groundwork for the industry alongside others like Microsoft Corp. co-founder Bill Gates, Mr. Jobs proved the appeal of well-designed products over the power of technology itself and transformed the way people interact with technology.”

People Magazine described Jobs as a “visionary” and he was “the wizard behind Apple who put the Mac, iPod, iPhone and iPad into the hands of millions of religiously devoted consumers around the globe…”

The Economist Magazine devoted its recent cover to Jobs, projecting him as “the magician.”  They said this technology leader was “ahead of his time” and that “Computing’s early years were dominated by technical types. But his emphasis on design and ease of use gave him the edge later on. Elegance, simplicity and an understanding of other fields came to matter in a world in which computers are fashion items, carried by everyone, that can do almost anything.”

But Jobs did not only understand the aesthetics of technology, but its utility also.  He knew that the best technology had to be intuitive and had to appeal to the largest common denominator of people. Although Windows’s Explorer passed the legal muster of being a unique technology of its own, there is little doubt that it was inspired by Apple’s technology.  This approach to accessing computers made it something that everyone could approach and largerly understand without significant training.

The UK Telegraph noted, “Steve Jobs was not “only” a computer engineer or a programmer, but he had a deep love and appreciation of the importance of design and the humanities when it came to making objects that real people had to use. Sir Christopher Wren’s epitaph at St Paul’s Cathedral was si momumentum requiris circumspice (if you seek his monument, look around you). Steve Jobs more than earned those same words to describe his legacy.”

In France, the Le Monde said “The co-founder of Apple changed the world. More than many big heads of state, his actions have changed the lives of hundreds of millions of people around the world.”

They say that Thomas Edison died in a world that was significantly different than the one he was born in to.  This had much to do with Edison’s significant contributions to technology.  Clearly the same can be said in the passing of Steve Forbes.  His legacy will likely have an impact for decades to come.