By ACLJ, Special for USDR. 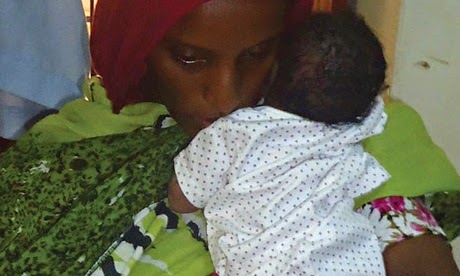 The American Center for Law and Justice (ACLJ), which demanded the Sudanese government release Meriam Ibrahim and her two young children, said reports that Meriam has now been freed after a decision by a Sudanese appeals court – sparing her of torture and a death penalty – is a “significant victory for religious freedom.”

With a global campaign, the ACLJ earlier this month sent a legal letter to the Sudanese government on behalf of 350,000 people outlining its violations of law and demanding freedom for Meriam Ibrahim and her American children.

“This is tremendous news,” said Jordan Sekulow, Executive Director of the ACLJ. “We have been working in this country and abroad to raise the awareness of Meriam’s plight and we are delighted that Sudan is taking the only action it should – releasing Meriam and her two American children. Her release is a powerful testimony to the millions of people around the world who have called for her release. This is truly a significant victory for religious freedom.”

Meriam has been imprisoned with her two American children – a newborn daughter and her 20-month old son. She faced torture – 100 lashes before marrying an American Christian. She also faced execution by hanging.

There are reports that Meriam’s attorney has now confirmed that Meriam has been released from prison. A Sudanese appears court ordered her release and cancelled the death penalty.

The ACLJ is now working to ensure that Meriam and her two American children can return to the United States.

Sekulow added: “Her release from a Sudanese prison is a critical step toward securing her freedom and safety. We now call on the Obama Administration to examine all possibilities to ensure that Meriam and her two American children are granted safe passage and immediate legal status in the United States.”

Led by ACLJ Chief Counsel Jay Sekulow, the ACLJ is based in Washington, D.C. and is online atwww.aclj.org.