By, ACLJ, Special for USDR 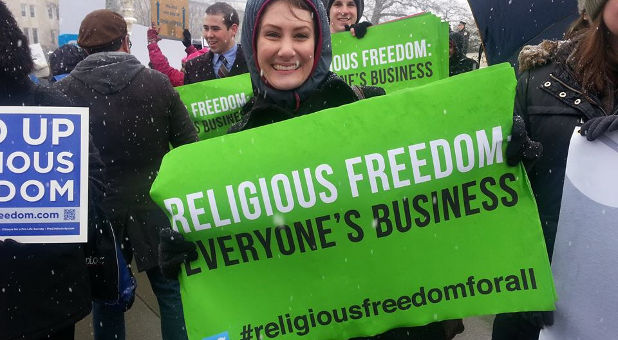 The American Center for Law and Justice (ACLJ), a pro-life legal organization that focuses on constitutional law, said today the Supreme Court issued a “landmark decision protecting religious freedom and freedom of conscience” in a 5-4 decision striking down the constitutionality of the ObamaCare HHS mandate, ruling that closely-held corporations cannot be required to provide contraception coverage for their employees.

“This is a landmark decision protecting religious freedom and freedom of conscience,” said Jay Sekulow, Chief Counsel of the ACLJ. “The court clearly recognized that closely-held corporations enjoy religious liberty rights just as they enjoy rights to free speech. American citizens do not lose their religious freedom when they form a corporation and try to live out their religious values in the conduct of their business. Moreover, the court — by holding that closely-held corporations cannot be forced to directly subsidize abortion-pills — dealt a severe blow to the Obama Administration’s ongoing assault on religious liberty and represents a significant setback to the abortion industry.”

The ACLJ filed an amicus brief urging the high court to reject the ObamaCare HHS mandate arguing that the mandate not only imposes “a very real and palpable injury” to those business owners affected but “substantially burdens their religious exercise” as well.

The ACLJ currently represents 32 individuals and corporations in seven pending actions against the government, including two cases currently pending before the high court. The ACLJ has obtained preliminary injunctive relief for its clients in all seven cases. Further, the ACLJ has represented 79 Members of Congress, filed more than a dozen amicus briefs, and stood up for hundreds of thousands who oppose the mandate.

Led by ACLJ Chief Counsel Jay Sekulow, the ACLJ is based in Washington, D.C. and is online atwww.aclj.org.