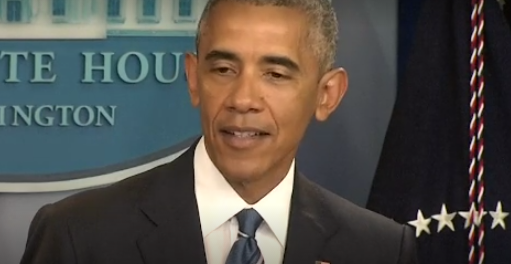 Project 21 member and Indiana Tea Party organizer Emery McClendon has the following statement about President Obama’s loss in a critical immigration case that was handed down by the U.S. Supreme Court  today:
As one who followed the Deferred Action for Parents of Americans and Lawful Permanent Residents, or DACA, case closely, and a person that participated in a press conference outside of the U.S. Supreme Court on the day of the oral arguments, I am happy for this outcome. It would have been better if they had agreed with the lower court, but the matter should never have gotten the appeal. Many of those who support Obama’s action do not understand the implications if it had been  approved.

We need to enforce our laws that are already on the books, and no illegal immigrant should be allowed to receive assistance from our government to break the law or to automatically tag on to others to become  citizens.
The case was even more controversial than the typical immigration case because in it, 26 states charged that President Obama, in seeking to grant amnesty to some 5 million illegal aliens through executive order, thereby bypassing the Congress and its lawmaking powers, had exceeded his authority under the  Constitution.
The high court deadlocked 4-4, which left in place a lower court ruling for the states and against the  President.

Project 21, a leading voice of black conservatives for over two decades, is sponsored by the National Center for Public Policy Research. Its volunteer members come from all walks of life and are not salaried political  professionals.