By AUL, Special for USDR.

Americans United for Life President and CEO Dr. Charmaine Yoest commended the members of the New York Senate for protecting the lives and health of women in New York by defeating a potentially dangerous bill. Governor Andrew Cuomo’s abortion bill failed today when it was not brought up for a vote. “Education, jobs, and personal safety are women’s issues,” said Dr. Yoest, “but removing the few legal protections that women have in New York should they be harmed by an abortionist does nothing to empower women. Today, the New York Senate has recognized this fact.”

“The trial of Kermit Gosnell which exposed his ‘house of horrors’  illustrates why New York women need legal protection from the abortion industry,” said Dr. Yoest. “By removing all restrictions on the Big Abortion Industry in New York, women would be less safe.”

Despite the fact that New York has the highest percentage of pregnancies ending in abortion of any state in the nation, Cuomo launched an effort that would further increase the incidence of abortion in the state. While part of Cuomo’s plan dealt with issues like equal pay for equal work, Cuomo attempted to introduce the most radical abortion agenda in the United States. That effort failed when New York Senators broke Cuomo’s 10-piece package of legislation into 10 bills, leaving the extreme abortion measure to fail without a vote.

“The technical impact of Gov. Cuomo’s efforts would have been to block commonsense regulations of abortion, an often dangerous medical procedure especially later in pregnancy,” said Dr. Yoest. “He essentially created an ‘Abortionists Empowerment Act’ that would have removed the few legal protections in place in New York and sanctioned an environment where more women would be victimized and hurt by an unregulated and unrestrained abortion industry.” 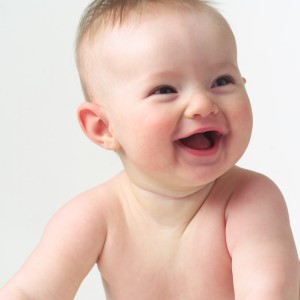 AUL’s legal team noted that the proponents of the bill claimed to be addressing a problem with access to abortion – a problem that does not exist in New York. According to the most recent data from the Guttmacher Institute, the abortion-industry think tank, 33 percent of New York pregnancies ended in abortion in 2008.

The legislation, if it had passed, would also actively undermine the freedom of conscience of healthcare providers in New Yorkwho object, based on religious, moral, or ethical principles, to participating in abortion and the provision of life-ending drugs and devices.

Further, the legislation would eliminate all legal protections for unborn victims of violence, placing New York in the minority of states that do not recognize an unborn child as a potential victim of criminal violence.  New York law currently protects unborn children beginning at 24-weeks gestation.