By Reason.com, Special for US Daily Review. 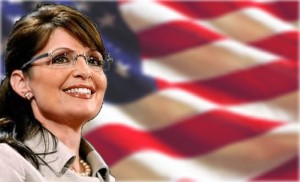 Sarah Palin among those discussed in far reaching poll.

The Occupy Wall Street movement tapped into anger about bank bailouts, crony capitalism and corporate welfare, but it turns out that most Americans are mad at the federal government and not their banks. A new Reason-Rupe Poll finds 76 percent of Americans have a favorable opinion of their banks and just 15 percent view them unfavorably.

State governments are more popular than the feds, but only half of all Americans view them positively. As you get closer to home, 58 percent of Americans have positive views of their local governments and the same number look upon their local school districts favorably.

The survey finds people feel a lot better about private businesses. For example, 88 percent of Americans have a positive view of their grocery stores; 73 percent look favorably upon their cell phone makers; and 69 percent say they view their Internet service providers favorably.

If he doesn’t win the Republican presidential nomination, Rep. Ron Paul is the best positioned candidate to make a third-party or independent run, according to the Reason-Rupe poll. Thirty-four percent of Americans say they’d consider voting for Rep. Paul if he ran as an independent or third-party presidential candidate.

A similar number, 31 percent, say they’d consider voting for New York City Mayor Michael Bloomberg if he made an independent run for the White House in 2012.

This past week, Alaska Gov. Sarah Palin said it’s “not too late for folks to jump in” to the presidential race. If Gov. Palin left the Republican Party and ran as an independent, 27 percent of voters say they might vote for her. The problem for Gov. Palin: 67 percent of Americans would not consider voting for her in that scenario.

It has been reported that former New Mexico Gov. Gary Johnson is considering running as the Libertarian Party’s presidential candidate. Twenty-one percent of voters say they’d consider voting for Johnson while 29 percent say they don’t know enough about him yet.

In terms of the 2012 presidential election, 29 percent of Americans say they will definitely vote for President Obama next November and 44 percent say they will not vote for him.