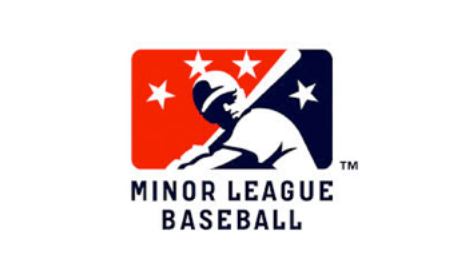 Minor League Baseball’s new Chief Marketing Officer, David Wright, joined Price of Business Host, Kevin Price and Chris Kidd, Financial Coach and Contributor on the Price of Business on Business Talk 1110 AM KTEK (on Bloomberg’s home in Houston) to talk about his new role with the MiLB organizations. At the time of the interview, Wright was just four days into his new role. Kevin Price and Chris Kidd spent two segments talking baseball with David. Wright discussed his new role with MiLB and how they commercialize the  league.

Prior to joining Minor League Baseball, Wright worked with MLS (Major Leagues Soccer) for fifteen years. He “grew up with the league” and was “very fortunate to be on the ground from the beginning.” David says he is excited about his new role with MiLB, which brings many exciting new challenges and opportunities with it, as he is going from a league with only 20 teams (MLS) to a league with 160 clubs  (MiLB).

David also noted that since 1965, only about 20 players that have played in the Major Leagues didn’t start their careers in Minor League Baseball. That is a pretty impressive statistic! Even some of the greatest Major League players ever like Nolan Ryan, Pete Rose, Ken Griffey JR., Cal Ripken JR., Albert Pujols, Mike Trout, A-Rod, and the recently retired Derek Jeter all started their careers in  MiLB.

“You talk about the infrastructure and you talk about the player development, you know, those are thousands and thousands of players that are starting their career in Frisco with the Rough Riders or Dayton with the Dragons and working their way up to the Big Leagues.” This creates great stories for fans to follow and creates something special for the commercial marketplace, because “brands are all about content and they want to be authentically integrated into great stories,” Wright  added.

Kevin Price commented that it seems like most players used to come from AAA, but now many seem to be making the jump straight from AA to the Majors. “In Minor League Baseball,” David says, “you have the up and coming players that are on that springboard to the big leagues, then you also have players who are very accomplished that make an incredible career out of the  AAA.”

Chris Kidd asked David to also talk a little about the business ownership side of MiLB. Wright said that the business side of MiLB offers some great opportunities for owners, and many owners own multiple teams, although there are rules against owning more than one team in the same league. David says business owners see great value in owning a team across AA and AAA, and in different areas of the country. It is an incredible business opportunity in MiLB, especially with the owners not bearing the high cost of a player’s salary like in  MLB.

Speaking of the value and marketing power of some of the MiLB teams, the new CMO referred to the Dayton Dragons ball club who have sold out every game for 10 years. He said, “If you’re an 11 year old kid — guess what? You’re very very familiar, and chances are you’ve been to a Dayton Dragons game, and your family and your friends, so it is engrained in that community. So from a marketing standpoint you couldn’t ask for a better situation, and from where I sit, as we think about not only promoting the league and the growth of the sport. How do you align with those brands that have the same vision, that want to align with a progressive leader in the space to drive their  business?”

Kidd also asked about the entertainment side of MiLB, and remarked that there is so much going on to keep the fans entertained and likened some ballparks to amusement parks. David said, “One hundred percent! Its an event! Its an event in a safe environment — and, oh by the way, there’s a great baseball game going on! When you combine a great product on the field with an incredible and fun environment, its an incredible experience for the entire family. We’ve done a lot of research and its amazing just the connectivity and the memories that these fans  have.”