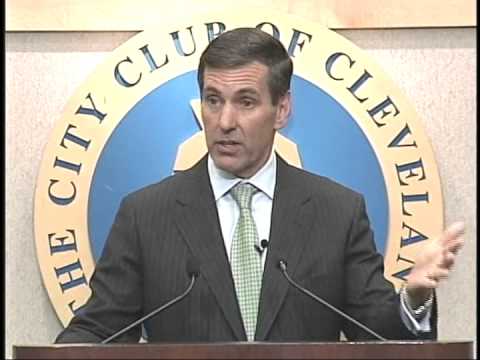 Responding to a question about ObamaCare’s risk corridors at Humana’s shareholder meeting today, Humana President and CEO Bruce Broussard declined to promise that the health insurance industry giant will reject taxpayer bailouts. Broussard was responding to a question from David Hogberg, Ph.D. of the National Center for Public Policy Research, who asked, in part:

In February, Forbes reported that Humana planned to take up between $250 million and $450 million from the “risk adjustment mechanisms in ObamaCare” including the risk corridor. Then in March, the Obama Administration proposed changes to the ACA that may increase this potential bailout for insurers in 2015 by ballooning the amount that taxpayers may have to pay insurers for company losses.

The taxpayers are already on the hook for so much of this law. So, my question to you is, if the situation arises where Humana qualifies for taxpayer money through the risk corridor, can we get your promise that you will reject it?

No, we will not make that promise.

I think, as a supporter of our members and continuing to strive to ensure that our members have an affordable plan, that’s one of the opportunities that is presented in being able to fulfill that.

One side comment to that, I think that’s an important aspect of that as a result of the Affordable Care Act, that there is a significant industry fee that is helping support the… ah… particular reinsurance that you are referring to — and risk corridors, and so on. The reinsurance fee for Humana this year is close to $700 million. That is not a tax-deductible expense — so, in some ways, that particular reinsurance in all the corridors that you are referring to are… is actually financed by the industry overall.

Thank you for your question.

“I ‘m disappointed but not surprised by Broussard’s response,” Hogberg said. “Getting involved in the ObamaCare exchanges is risky, and insurers would be much less likely to take that risk unless a government bailout was in place. Nevertheless, taxpayers shouldn’t be forced to shield Humana or any other insurance company from risky business decisions.”

An audio recording of the exchange is available online here, and David Hogberg’s full question, as prepared for delivery, is available here.

David Hogberg is one of the nation’s leading health care policy analysts, and a frequent media commentator on health care issues. So far in 2014, he has been a TV or radio guest 85 times, and been cited by newspapers over 100 times.

Various publications by Dr. Hogberg are available here, and his March 11 testimony at the U.S. Senate on the problems with government-run health care systems can be viewed here.

The National Center for Public Policy Research, founded in 1982, is a non-partisan, free-market, independent conservative think-tank. Ninety-four percent of its support comes from individuals, three percent from foundations, and three percent from corporations. It receives over 350,000 individual contributions a year from over 96,000 active recent contributors.

Contributions are tax-deductible and greatly appreciated.
All opinions expressed on USDR are those of the author and not necessarily those of US Daily Review.