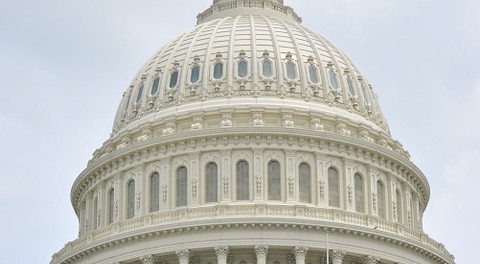 With this legislation, it comes down to whether the Democrats will play politics or actually help the families of these immigrants.  With the passage of this bill, the pressure will be taken off when it comes to quickly pursuing policies that do not address our long term immigration policies.  The Democrats are clearly opposed to the focused being on protecting US borders and instead want to focus on making it easier for illegal immigrants to enter the US.  If they are serious about actually protecting families and reuniting them — rather than supporting a pure political agenda — they will certainly pass this important  legislation.

“All Americans are rightly horrified by the images we are seeing on the news, children in tears pulled away from their mothers and fathers. This must stop. Now. We can end this crisis by passing the legislation I am introducing this  week.

“Repeatedly, I have visited detention facilities tragically housing young children.  For far too long, children have been the greatest victims of our broken immigration system, with tens of thousands of children who were detained under the Obama Administration and continuing through today, and with far too many of those children facing horrific physical or sexual assault from criminal human  traffickers.

“The answer is not what congressional Democrats are proposing: simply releasing illegal aliens and returning to the failed policy of ‘catch and release.’ Rather, we should fix the backlog in immigration cases, remove the legal barriers to swift processing, and resolve asylum cases on an expedited  basis.

“While these cases are pending, families should stay together. Children belong with their mothers and fathers. Once their cases have been adjudicated – under my legislation, in no longer than 14 days – those who meet the legal standard should be granted asylum and those who don’t should be immediately returned to their home  country.

“We can fix this. If my Democratic colleagues will join me, not play politics but work to solve the problem, we can start to end family separation this week. And, we can honor the rule of  law.”

This week, Sen. Cruz is introducing the Protect Kids and Parents Act, which  will:

UPDATE:  On Wednesday, June 20, President Trump signed an executive order that he said would reunite families.