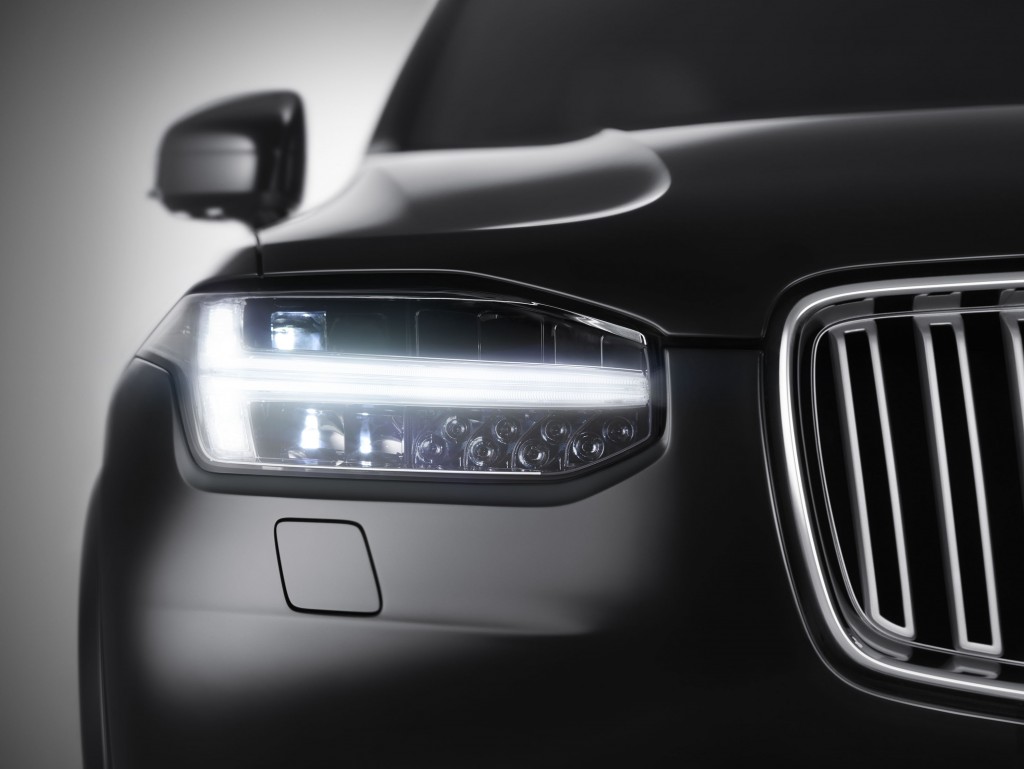 Front view of the all-new XC90, including the distinctive new T-shaped running lights.

Volvo has revealed images of the front end or ‘face’ of the new XC90 SUV, which is distinguished by its T-shaped running lights, christened ‘Thor’s Hammer’ by the design team after the shape of the hammer used by the famous Norse god of thunder, Thor.

“Anyone who looks in their rear-view mirror is going to know immediately that there is a new XC90 behind them,” says Mr Ingenlath. “The XC90 is a car that has presence on the road.”

Volvo’s all-new XC90 – which will be launched in two weeks’ time in Stockholm – will be the first car in its range to be built on the Scalable Product Architecture (SPA) modular chassis technology developed in-house.

has been under in-house development at Volvo for the past four years and is the cornerstone of the company’s ongoing USD 11bn transformation plan. It will be introduced with the all-new XC90 and then rolled out across the product range in future.

“SPA and the XC90 are firm evidence of our Volvo-by-Volvo strategy. The XC90’s outstanding combination of luxury, space, versatility, efficiency and safety will bring the SUV segment into a new dimension, just as the original XC90 did in 2002,” says Dr Peter Mertens, Senior Vice President, Research and Development of Volvo Car Group.

SPA is said to allow a wide range of cars, powertrains, electrical systems and technologies – all of differing complexity – to be fitted on the same architecture, generating significant economies of scale. The new SPA chassis technology is also made to reduce weight and improve weight distribution.

“SPA gives us a fresh technological start. Around 90 per cent of the components in the all-new XC90 and upcoming models are new and unique. We are raising the bar to the very top of the premium league when it comes to quality and technology level in every vital area,” says Dr Mertens