The number of people over the age of 50 who are being treated for addiction is drastically on the rise. According to the Substance Abuse and Mental Health Services Administration older adults who reported using illegal drugs within a year, nearly doubled between 2002 and 2007, while use of nonmedical pharmaceuticals increased from 2.2% in 2002 to 3.9% in 2009. Without early intervention and treatment these statistics will continue to rise, leading to an epidemic in addiction among older Americans. 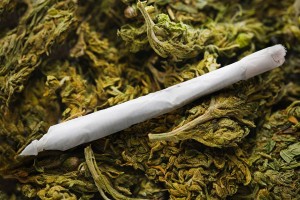 A survey conducted by the Hanley Center, a drug and alcohol treatment and recovery center acquired by Caron Treatment Centers, found depression or anxiety to be the number one reason older adults abuse drugs or alcohol. Additional factors such as economic and financial stress and retirement were also cited as contributing factors to dependency. Nearly half of the respondents named prescription drugs and alcohol as their substances of choice.

We all know how prescription drugs can be physically addictive to people from all walks of life.

“Older adults face a distinct set of challenges as they enter their golden years,” stated Dr. Barbara Krantz, Medical Director of Hanley Center. “This transitional period of life is unique and leads to difficulty in dealing with stressful situations, such as an early retirement or financial strains, which in turn may lead to serious anxiety and depression. Without the proper tools to manage their emotions, older adults turn to quick fixes such as alcohol and drugs, creating the perfect storm for dependency.”

The survey, which was conducted anonymously among Hanley Center alumni, showed that:

“We’ve made great strides by intervening on young people, but we continue to see an increase in boomers and seniors entering treatment,” continued Dr. Krantz. “Many of these individuals have abused substances for a long time and that’s why they require a customized treatment plan, which we offer at the Hanley Center, to help them successfully achieve a lifestyle that is free of drugs and alcohol.”