Recently, Kevin Price, Publisher and Editor of US Daily Review interviewed Edward Klein, author of the NY Times bestseller, “The Amateur” on his show, The Price of Business.

Check out this informative interview with Edward Klein, author of  “The Amateur”

US Daily Review has been sent an advance review copy of the politically charged “The Amateur“, by Edward Klein. It is THE book of discussion in conservative political circles and the one you better not mention in Barack Obama’s camp.  We have been given excerpts from the book that we are sharing here:

Rev: Jeremiah Wright: “After the media went ballistic on me, I received an email offering me money not to preach at all until the November presidential election…It was from one of Barack’s closest friends.”

“Man, the media ate me alive,” Wright told me when we met in his office at the Kwame Nkrumah Academy. “After the media went ballistic on me, I received an email offering me money not to preach at all until the November presidential election.”

“Who sent the email?” I asked Wright.

“It was from one of Barack’s closest friends.”…

“What did Obama do?” 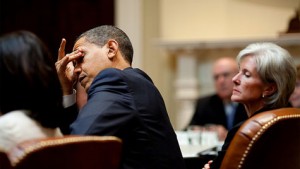 “He sent me a text wishing me happy Easter, which fell that year on March 23 — ten days after the ABC News broadcast. And he sent Joshua Dubois, the director of his religious outreach program, to see me.  And when Dubois came to Chicago, he didn’t know Adam’s house cat from Ockham’s razor. He spent all day with me trying to figure out what we were going to do next.”

“Did Obama himself ever make an effort to see you?”

“Yes,” Wright said. “Barack said he wanted to meet me in secret, in a secure place. And I said, ‘You’re use to coming to my home, you’ve been here countless times, so what’s wrong with coming to my home’ So we met in the living room of the parsonage of Trinity United Church of Christ, at South Pleasant Avenue, right off 95th Street, just Barack and me…”

Harry C. Alford, President, National Black Chamber of Commerce: “We didn’t really care about [Obama’s] position or views on anything.  We just wanted a black president no matter what. We should have been more careful as his views on business, especially black business, are counter to ours.”

If relations between Obama and black politicians were touchy, they were downright contentious with black businessmen. I spoke with Harry C. Allford, the President of the National Black Chamber of Commerce, which represents the nearly two million black businesses in the United States.

“When Obama became president, we were all happy about the symbolism — America’s first black president,” Alford told me. “We didn’t really care about his position or views on anything. We just wanted a black president no matter what. We should have been more careful, as his views on business, especially black business, are counter to ours…here we were with the first black president who deliberately discriminates against small business, women, and minorities. How ironic!”

Caroline Kennedy: “I can’t stand to hear [Obama’s] voice any more. He’s a liar and worse.”

“…Caroline discovered that the Obamas didn’t give a damn about her or her support. FOr instance, she was not invited to the state dinners at the White House hosted by the Obamas, or to the president’s forty-ninth birthday celebration in Chicago.

“It really annoyed Caroline when comparisons were made by the media between Michelle and Jackie.  Caroline had a word for such comparisons: she called them ‘odious.” She really got annoyed. And when she began to fall out of love with the Obamas, love was replaced by outright scorn.  Now she says things about Obama like, “I can’t stand to hear his voice any more. He’s a liar and worse.”

Former State Department Official: “While I was in the room, [Obama would] get phone calls from heads of state, and more than once I heard him say, ” I can’t believe I’ve got to meet with all these Congressmen from Podunk city to get my bills passed.”

The New York Times’ Peter Baker puts it this way: Obama is “someone who finds extended contact with groups of people outside his immediate circle to be draining.  He can rouse a stadium of 80,000 people, but that audience is an impersonal monolith; smaller group settings can be harder for him… While [Bill] Clinton made late-night phone calls around Washington to vent or seek advice, Obama rarely reaches outside the tight groups of advisers.”

“I’ve been in a lot of meetings with him on foreign policy,’ a former State department official told me.  “while I was in the room, he’d get phone calls from heads of state, and more than once  heard him say,  “I can’t believe I’ve got to meet with all these Congressmen from Podunk city to get my bills passed.”  And when the meeting with was over, it was over — no lingering, no schmoozing on the way out. There was no clinging to personal relationship like with Bill Clinton.”