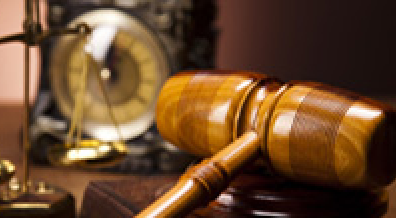 By the American College of Trial Lawyers, Special for  USDR

Lawyers, Fellows in the American College of Trial Lawyers, today filed a petition with the United States Court of Appeals for Veterans Claims seeking an order requiring the Department of Veterans Affairs (VA) to eliminate unconstitutional delays in the VA appeals system. Included within its mission, the American College of Trial Lawyers is a leading advocate for improvements in the administration of justice in the United  States.

According to Michael W. Smith, president of the American College of Trial Lawyers, “The College recently adopted an initiative to assist our veterans in navigating the process of appealing denials of benefits before the Board of Veterans’ Appeals. Our Fellows are highly experienced trial attorneys, and we were shocked by the obstacles and delays involved in getting through the VA appeals system. The political branches of government have made some attempts to address this issue, but, for a myriad of reasons, have failed to adequately address the delay in the appeal process. The College decided that action on its part is the only way to help our veterans get the relief they deserve from this undue  burden.”

The Petition is filed on behalf of veterans against Robert A. McDonald, Secretary of Veterans Affairs. Fellows in the American College of Trial Lawyers drafted the mandamus petition and represent the Petitioners on a pro bono basis. The three College Fellows acting as lead attorneys are John A. Chandler and Elizabeth V. Tanis, partners with the law firm King & Spalding LLP in its Atlanta office, and Stephen D. Raber, a partner with the law firm Williams & Connolly LLP in Washington,  D.C.

The Petitioners are veterans whose claims for veteran’s benefits have been denied by the VA in whole or in part. The VA has failed to process their appeals to the Board of Veterans’ Appeals in a timely  manner.

The Petitioners ask the Court to hold that the VA’s delay in processing appeals violates the Due Process Clause of the Fifth Amendment to the United States Constitution and is contrary to the Secretary’s statutory  duties.

The American College of Trial Lawyers invites other veterans to join the Petition. Interested veterans may obtain information about joining by contacting  VeteransPetition@wc.com.

According to the Petition, a veteran whose disability benefits are denied by the VA waits, on average, 1448 days for the Board of Veterans’ Appeals to rule on the veteran’s appeal. In the meantime, 20 veterans commit suicide in the United States every day. Thousands of veterans die before their appeals are decided. One of the petitioners, Betty Scyphers, is the 76-year-old widow of an Air Force veteran who died before his appeal could be heard. The VA thus avoided making any payments to Mr. Scyphers and has refused to advance Ms. Scyphers’s appeal in light of her advanced age and failing health. If she dies before the appeal is decided, her appeal will die too, without any payments ever being  made.

According to Chandler, “Taking four years to process an appeal is disgraceful. This inexcusable delay violates due process and the Secretary’s statutory  duty.”

According to Raber, “The endless delay makes a huge difference because the VA’s error rate is so high. More than 75% of initial decisions that are appealed end up being reversed or remanded. So it’s pretty clear that veterans are being harmed by this process. According to the Board of Veterans’ Appeals own records, only 19% of its decisions in the most recent year affirmed the VA’s initial  finding.”

Smith said, “We hope to have the Court of Appeals for Veterans Claims rule that the four-year average delay in processing appeals is unconstitutional and require the VA to process appeals in a timely fashion. We believe that the lawsuit will aid both the individual petitioners and increase the chance that the systemic delays faced by all veterans will be  reduced.”

Tanis said, “We are asking the Court to require Secretary McDonald to process promptly the individual claims embodied in the petition, and to declare that the delays regarding the approximately 146,000 pending appeals violate the veterans’ due process rights. The petitioners are clearly entitled to a writ of mandamus ordering the VA to eliminate improper delays. This Court has the power to declare unconstitutional the statutes, regulations, and practices impeding just and speedy  appeals.”

The Lewis B. Puller, Jr. Veterans Benefits Clinic at the William & Mary Law School offers students the opportunity to assist veterans with filing claims with the VA for disability compensation. Patricia E. Roberts, director of the Clinic, said, “Our veterans cannot continue to wait years for decisions regarding benefits for injuries they suffered in service to our nation. We are grateful for the pro bono assistance of the ACTL in highlighting these unacceptable  delays.”

A copy of the Petition for Writ of Mandamus and Other Relief is available on the websites of The American College of Trial Lawyers,King & Spalding LLP and Williams & Connolly  LLP.

About The American College of Trial  Lawyers

The American College of Trial Lawyers is composed of the best of the trial bar from the United States, Canada and Puerto Rico and is widely considered to be the premier professional trial organization in North America. Founded in 1950, the College is an invitation only fellowship. The College thoroughly investigates each nominee for admission and selects only those who have demonstrated the very highest standards of trial advocacy, ethical conduct, integrity, professionalism and collegiality. The College maintains and seeks to improve the standards of trial practice, professionalism, ethics, and the administration of justice through education and public statements on important legal issues relating to its mission. The College strongly supports the independence of the judiciary, trial by jury, respect for the rule of law, access to justice, and fair and just representation of all parties to legal proceedings. Learn more at  www.actl.com.