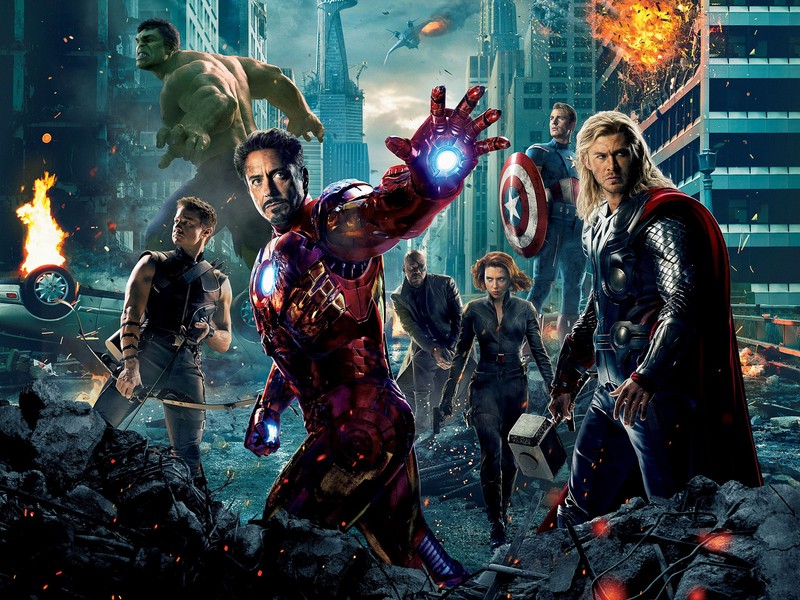 In two weeks of release, Marvel Studios The Avengers has grossed $1,036,300,000 worldwide. Reported earnings by the box office show receipts of $389 million in the U.S. and $646.8 million internationally, hitting 9th on the all time box office earners in its second week, worldwide. One can only state how incredible The Avenger phenomenon has become. And why is that do you suppose?

Let’s face facts, the world is in chaos. The Middle East is imploding and what there may have been of an Arab Spring has long been lost to the icy winter of Sharia Law and jihadists running for office in these troubled nations. Europe is awash in debt and economies are on the brink of collapse. No matter where we turn in the world there is trouble. And here at home, in America, we face historic times as our economy is in dire straights, our Constitution hangs by a thread, the government is intent on ruling every portion of our lives, effectively strangling the American Dream and we have one of the most vitriolic presidential campaign ramping up.

Two weeks ago The Avengers exploded onto movie screens across the world. Movie audiences responded with cheers, clapping and big grins as Loki and his creepy alien army were soundly defeated by The Avengers. As the individual heroes and anti-heroes became one in heart and purpose, they banded together, willing to lay their lives on the line, to save the people of earth. They fought with one another, they had a number of obstacles, but they overcame them, despite themselves.

Joss Whedon did a brilliant job in bringing The Avengers to life. The dialogue is witty, crispy and strikes a chord in many ways. Twitter, Facebook and Google+ were awash with people’s favorite lines from the movie:

“There are always men such as you.” Elderly German gentleman to Loki.

“Ma’am, there is only one God, and I don’t think he dresses like that.” Captain America to Black Widow

Upon thoroughly pounding Loki into the ground, the Incredible Hulk walks away with a sneer, “Puny god.”

“Doth Mother knoweth thou weareth her drapes?” Ironman to Thor

I’ve seen this movie four times now, and each time I walk out with a smile on my face and renewed energy to keep “fighting that good fight” to keep America a Republic, just as she was founded. And oddly, everyone I’ve spoken to has had a similar response, with a different fight in mind.

So many people are fighting daily to keep their heads above water. With governments playing games with taxpayers’ money and lives, it appears watching The Avengers wreak havoc with the bad guys, never giving up and finally winning is striking a chord with individuals across the world. For 143 cinematic minutes, the good guys win and the bad guys lose. I think that is something the world needs quite desperately. There are so many gray areas now, it’s hard sometimes to know what is right and what is wrong.

But one common denominator exists, the world hungers for heroes. They hunger for the good guys to win and the bad guy to lose. And most of all, I believe we hunger for those old-fashioned values who held us in great stead for so long, certainly here in America those values are what made us great.

So here are some lessons I learned from The Avengers:

Courage and strength are found in the heart, not the head. Heroes aren’t born, they are forged in the furnaces of the hottest fires only to emerge nearly unstoppable.

Never give up. Even when all the odds are against you, even when it seems you cannot win. Remember the old adage “it is always darkest before the dawn.” Don’t give up, victory is often just over that very last hill.

Your past matters not, only what you do with your present and your future. If you choose to be a man or woman of conviction, strength and heroic action, then that’s what you will be.

Whatever you take away from The Avengers, it is certain that people worldwide are flocking to the theaters over and over, because there is something about this movie and the characters gracing the screen that gives them a little hope. No, we don’t have “Thors” or “Captain Americas” or “Ironmen” or “Incredible Hulks” or “Black Widows” or “Hawkeyes” in real life. But we do have every day people who fight those good fights and never give up, no matter what faces them. And this, this is what makes humanity so great.