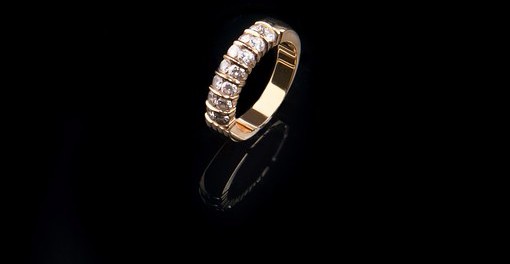 When Australian businessman and billionaire James Packer proposed to singer Mariah Carey in 2016, he presented her with a Wilfredo Rosado diamond and platinum ring with 35 carats. This ring is estimated to be worth around $10 million. The sad thing is the couple never got married, but it is believed that Carey still has the ring in her  possession.

Everyone knows the television reality star Kim Kardashian, or as she is now called “Kim Kardashian West” after marrying rapper Kanye West. He had given his wife an emerald-cut Lorraine Schwartz diamond ring that was 20 carats. The estimated value of this ring is $8 million. Unfortunately, this ring was stolen in Paris during the incident when Kim Kardashian was tied up and robbed. But she still has loving memories of when West gave it to  her.

Beyoncé is one of the most popular singers and entertainers in the world. She is married to a very successful hip hop artist and businessman named Jay-Z, who is worth $810 million. When Jay-Z proposed to Beyoncé, he presented her with an emerald-cut Lorraine Schwartz diamond ring with 18 carats. The value of the ring is estimated to be about $5 million. They have been married since 2008 and she continues to wear the ring with  pride.

When actress, dancer, and singer Jennifer Lopez split up from Ben Affleck, she later got engaged to Marc Anthony. He presented her with a blue-diamond ring that was 8.5 carats and worth about $4.1 million. This ring was certainly exciting and attractive enough to motivate Jennifer to say yes. However, in 2014, Jennifer and Marc split  up.

Although Katie Holmes and Tom Cruise are no longer a couple, they are still remembered as a once happy couple. When Tom originally proposed to Katie, he presented her with an oval diamond ring that was 5 carats. It has an estimated value of about $1.5 million. Fred Leighton was the designer of this ring. His jewelry business renowned throughout New York City. Katie is rumored to have still kept the ring after she split from  Tom.

You may have heard the recent news about Jennifer Aniston splitting up from her husband Justin Theroux. When they originally got engaged, Justin gave Jennifer an emerald-cut diamond ring with 8 carats. This ring is worth about $500,000 and Jennifer plans to keep the ring. In fact, the law states that she is legally able to keep the ring. After just 2 years of marriage, the couple just could not make it work. If you believe the news reports, it appears as if Justin was to blame for the split. So, maybe it is justifiable that Jennifer keeps the  ring.

Angelina Jolie and Brad Pitt were a happily married couple of a number of years. Before he proposed to her, he had a private jeweler named Robert Procop design the 16-carat square diamond engagement ring that he would give to Jolie. It has an estimated value of $500,000. During their divorce, Angelina requested to keep the  ring.

Everyone in the world probably knows Melania Trump. She is the First Lady of the United States and married to President Donald Trump. When Donald proposed to Melania a little more than 10 years ago, he purchased an engagement ring which was designed by Grafts Diamonds in London. It was a 12-carat diamond ring that has a value of $3 million. However, Donald has bragged in recent years that he actually got a 50% discount on that engagement ring when he bought it. So, instead of paying $3 million, he only had to pay $1.5  million.