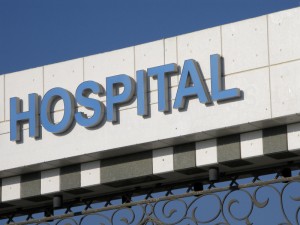 Johns Hopkins Hospital reclaimed the #1 spot on the Honor Roll, a position it held from 1991 through 2011 but lost last year toMassachusetts General Hospital. Mass General ranked second this year and Mayo Clinic third. The 18 hospitals on the Honor Roll ranked at or near the top across multiple medical specialties, reflecting rare breadth and depth of excellence.

U.S. News ranks up to 50 hospitals in each of 16 medical specialties. Just 147 out of nearly 5,000 U.S. hospitals earned national ranking in one or more of the specialties. They include:

“The mission of Best Hospitals is to help guide patients who need a high level of care because they face a particularly difficult surgery, a challenging condition, or added risk because of other health problems or age,” said Avery Comarow, U.S. News Health Rankings Editor. “Patient survival and safety data, the adequacy of nurse staffing levels and other objective data largely determined the rankings in most specialties.” Another factor was a national survey that asked physicians in each of the 16 specialties to name the hospitals they consider best for the toughest cases in their specialty.

These rankings are designed to help patients and their families identify the best places to seek high-quality care within their community and health insurance network. They offer options for consumers whose care may not demand the special expertise or resources found at nationally ranked Best Hospitals.

U.S. News also announced a new online content hub, Hospital of Tomorrow, where journalists and invited experts will address health reform and other trends dramatically reshaping America’s hospitals and health systems. These themes are among those health care leaders will discuss at the inaugural U.S. News Hospital of Tomorrow forum, to be held in Washington, D.C.Nov. 4-6, 2013.