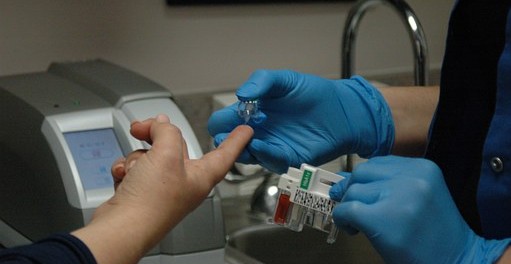 Brittle Type 1 Diabetes (BT1D) is listed by the National Institutes of Health (NIH) as a rare disease impacting some 4500 people in the USA. It is defined as a severe instability of blood glucose (BG) levels, whatever its cause, with frequent and unpredictable episodes of hypoglycemia (low) and or hyperglycemia (high sugars) that disrupts quality of life. This disruption caused by symptoms including loss of cognitive functioning and slurred speech, is a key defining feature that separates BT1D from stable Type 1 Diabetes  (T1D).

There are some physicians who would have you believe that Brittle Diabetes is just a term applied to “harder to control” (T1D) patients. These physicians ignore the ailment not wanting to expend their time, energy or resources necessary to properly treat the  disease.

This rapid unpredictable shifting in BG cannot be attributed to failure in management by physician or patient showing more unpredictable variation than stable T1D  patients.

Physicians are trained to look for BG patterns based on exercise, diet, daily physical activity and nocturnal events. Unlike stable TID, a brittle individual reflects no blood glucose pattern for creating a basal/bolus insulin regimen. The T1D treatment playbook employed by physicians fails when applied to BT1D  patients.

The Brittle Diabetes Foundation (BDF) founded in 2012 encourages patients with BT1D to shop for a good Board Certified Endocrinologist while becoming their own best  physician.

The diagnosis of BT1D occurs following frequent visits to an Emergency Room or after a prolonged hospital stay when a team of physicians, under controlled environmental conditions, are unable to stabilize their patient’s uncontrollable, unstable and unpredictable BG levels – key features that distinguish BT1D from stable T 1D.

Brittleness always has a secondary cause. Diagnose the cause, treat the cause and there is better than a 50% chance of returning the patient to a stable T1D state. BDF’s search of the medical literature has uncovered 18 known causes of brittleness including, celiac disease, adrenal and thyroid hormonal issues, gastroparesis, etc. most being correctable if you find a physician willing to undertake the task. It is not uncommon for the healthcare team to become highly  frustrated.

There is an over reliance on the part of some physicians when employing Hemoglobin(Hb)A1C readings to determine the progression of diabetes. The American Association of Clinical Chemistry guidelines state “the glucose swings of someone who has ‘brittle’ diabetes will not be reflected in the HbA1C.” Patients with similar HbA1C values can have markedly different glucose profiles. The HbA1C test does not provide a measure of glycemic variability. It is an average in which lows cancel out  highs.

However, GlycoMark, a new diagnostic tool which measures glycemic variability has yet to be accepted by those who see these two diseases as being the same. The GlycoMark provides additional information of glycemic changes by measuring daily peak glucose levels occurring over a two-week  period.

The NIH presently lists a clinical trial that employs diagnostic criteria to differentiate between BT1D and stable T1D participants. It has funded trials for the cure of Brittle Diabetes while many diabetes trials specifically seek out BT1D patients as trial participants. And yet despite this, and the seven key differences outlined in this release, BT1D still remains invisible to some  physicians.

What’s needed is a set of guidelines for the clinical practitioner to follow when treating those diagnosed with Brittle Type 1  Diabetes.