In spite of the recent endorsement of Rick Perry for Ron Paul, social conservatives are continuing to consolidate their influence behind Rick Santorum.  The latest to do that is Dr. James Dobson, who wrote an endorsement as a “private individual,” but is well known as the founder of the very influential social conservative group, Focus on the Family.  This is the contents of that endorsement: 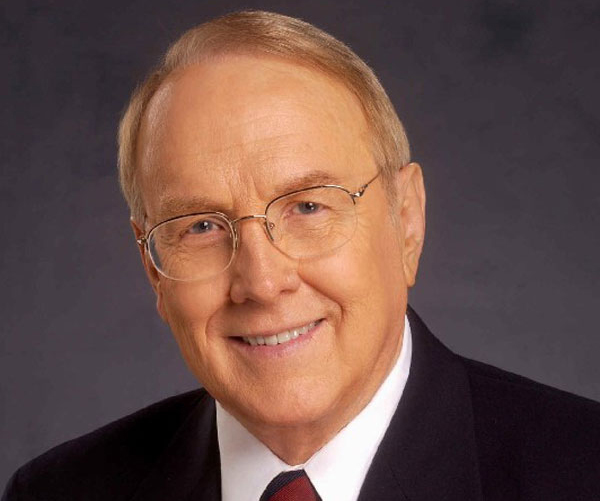 Dr. James Dobson has long been an important voice in social conservatism.

Dr. Dobson, well-known radio broadcaster, psychologist and author of 35 best selling books, and consultant to three U.S. Presidents, said today, “The institution of the family is the key issue facing this great nation. It is the foundation, the bedrock, upon which every dimension of Western Civilization rests. If it is undermined or weakened by cultural and governmental forces, the entire superstructure will collapse in short order. And indeed, today it is in serious jeopardy. The very definition of marriage is threatened, which has implications for the next generation and the stability of society itself.

“Of all the Republican candidates who are vying for the presidency, former Sen. Santorum is the one who has spoken passionately in every debate about this concern. He has pleaded with the nation and its leaders to come to the aid of marriages, parents, and their children. What a refreshing message. The Congress voted in 1969 to impose a marriage penalty tax on husbands and wives who were struggling to raise their children. That unfair tax continued for 32 years, until George W. Bush rolled it back. Now, if Democrats and some Republicans have their way, the marriage penalty tax will be re-imposed in 2013. We desperately need a president who will intercede on behalf of those who are caring for the next generation and working to build this nation.

“While there are other GOP candidates who are worthy of our support, Sen. Santorum is the man of the hour. His knowledge of international politics, especially Israel and the turmoil in the Middle East, is highly relevant to the dangerous world in which we live. This is why I am endorsing former Senator Rick Santorum for president of the United States, and urge my countrymen to join us in this campaign.”