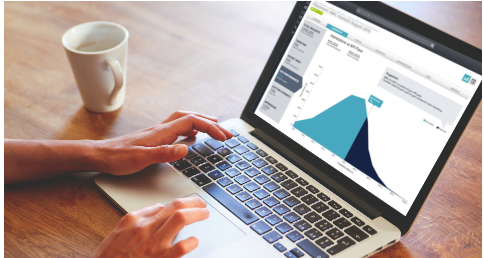 By Tremor Video, Special for  USDR

Tremor Video, Inc. (NYSE:TRMR), a provider of software for video ad effectiveness, and Cygnal, a national research and advertising firm, today announced the findings of a national voter research study that found key millennial and Hispanic voting audiences will be strongly influenced by online video this election  season.

“The findings were clear, both millennials and Hispanics are much more receptive to digital video advertising than the general population,” said Ariane Gut, Head of Insights and Analytics at Tremor Video. “But they’re also less avid followers of political news. For this reason, it’s essential for political advertisers to fully understand how these desirable audiences consume political video and what their triggers are in order to truly influence  them.”

“In politics, the millennial and Hispanic demographic groups have emerged as a significant influence in the last two cycles,” added Cory Brown, VP of Data & Strategy at Cygnal. “A lot of effort and resources are going into reaching these groups and engaging them. This research shows the outsized effect online video has with these groups, and it’s only increasing in its effectiveness to persuade them to  action.”

Likelihood to  Vote
The data shows that both millennials and Hispanics are twice as likely to be motivated by online video to register to vote, with Hispanics being 25% more likely to be influenced by video, specifically when it comes to deciding who to vote  for.

Cross-screen  Strategies
Although smartphones play a pivotal role when consuming political video content and ads, both millennials and Hispanics leverage all screens. So it is crucial for political marketers to develop media plans and creative assets for all digital devices. While research suggests that millennials’ consumption of political ads is typically in line with the general population’s, Hispanics jumped out as being the audience that will require political advertisers to employ a multichannel approach (22% more likely to use tablets and 90% more likely to use  CTV).

Digital-specific  Creative
The findings suggest that political advertisers could benefit from leveraging the specific strengths of digital and go beyond repurposed TV ads. While the general population may not always be inclined to click on a video ad, both millennials and Hispanics are over 40% more likely to do so. In fact, 4 in 10 Millennials would want the ability to watch more related content when viewing a political video ad, and over half of Hispanics feel the  same.

Interactivity is  Key
Millennial and Hispanic survey respondents show a proclivity for interacting with political ads, with nearly 30% of each audience agreeing that the ability to engage to learn more is important. This highlights the importance of creating video ads that not only inspire interaction, but also offer the ability to go deeper with the candidates and issues. The ability to “learn more” is key for millennials, who are twice as likely than the general population to vote for a specific candidate or issue after being exposed to a political video ad. They are also 40% more likely to use digital videos as a political research tool. Conversely, they are 24% less likely to rely on TV. Hispanics are 24% more likely than the general population to use digital video as a tool for political  research.

The data represented in these findings was collected by Cygnal between April 27, 2016, and May 1, 2016. The survey was conducted online among a national sample of 1,500 adults age 18 and over, from a representative panel of registered voters. The data has been weighted for age, race, sex, region, and party identification status using a model to reflect the demographic composition of likely voters in the 2016 U.S. general  election.

About  Cygnal
Cygnal provides survey research, messaging, and digital advertising for corporations, candidates, and associations. Our team has worked with more than 150 client groups across the country with a heavy focus on electoral and advocacy efforts. We implement data-driven and testing-focused campaigns to ensure clients receive the most insightful information and  impact.