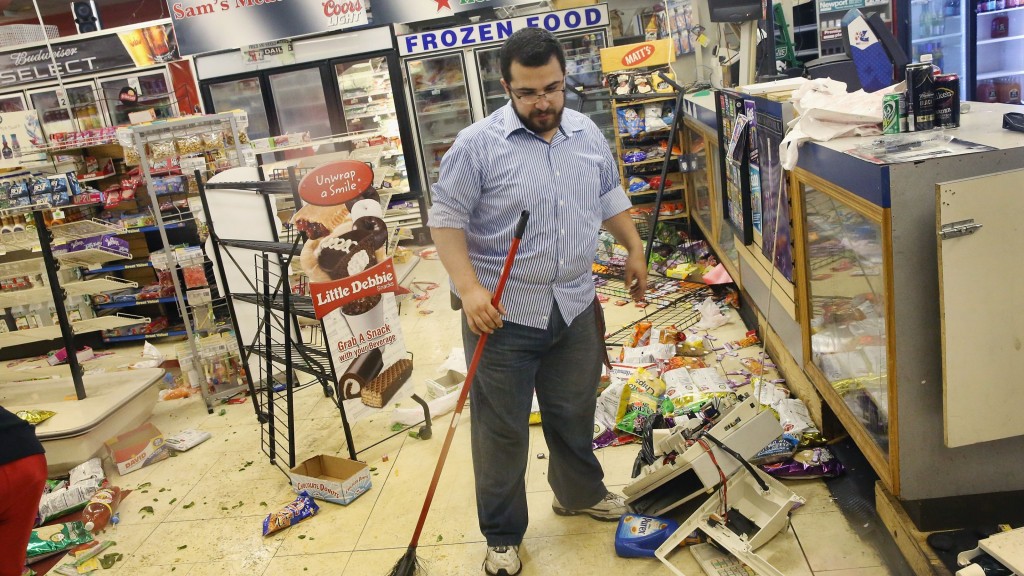 Calling this problem the Michael Brown Phenomena is rather presumptuous of me, I know. But let’s take a look at the nonsense the liberal left is pushing using Michael Brown as their poster child. They are rather gleefully ignoring the fact the 18-year old man participated in a “strong arm” robbery or that the autopsy and other testimony show Brown was attacking the police officer. But let’s leave that argument alone until all the facts have been presented and the case makes its way through the justice system. Let us, instead, take a look at the systemic problems in America, but especially in the black community, the breakdown of the family. Here are a few facts:

Fact: In 2012 there were more black babies aborted than born in New York City, 42.4% of the abortions were black babies. The Center for Disease Control’s latest Abortion Surveillance report has found found that between 2007 and 2010, nearly 36% of all abortions in the U.S. were performed on black children, even though blacks make up only 12.8% of the population.

Fact: One in four children in America are being raised in a single parent home; while a shocking 72% of black children are being raised in a single parent home. Where there are not two parents, man and woman, the children suffer greatly. Unless there are strong boundaries and rules, children will flounder and sell themselves to gangs rather than institute their own rules. They will be immersed in a cruel cycle of being a criminal as well as a victim to the leaders of the gang. It is critical that men step up to their responsibility and be men instead of grown boys. Until the family unit holds strong and the children are not taught a “victim” philosophy, there is no hope.

Fact: In 2009-2010 only 52% of black males graduated high school; that means there is a shocking 48% who dropped out. Education truly is the key to a better life. The more educated we become the broader the possibilities that are before us. Public libraries are the best friend to families trapped within the poverty cycle. I still have fond memories of the bookmobile when we lived 25 miles outside of the nearest city. My mother took us to the library every single weekend, bookmobile or public library, whichever was closest.

Fact: The unemployment rate, with Barack Obama’s new fuzzy math, is at 6.2% overall (9.7 million people), while being 11.4% for the black community. Yes, America’s economy is still struggling. Some states are doing better than others, but if you don’t even have the basic skills, how can you break the poverty cycle?

And what is the response by the black community leaders? Register more people to vote. Really, what is that going to do for your community? There are many good answers to resolving the problems we are seeing all across America, registering people to vote isn’t one of them. But that’s all they want you to do, nothing more. Make sure they keep their jobs and they aren’t going to worry about you anymore.

It doesn’t matter what color you are, if you want to raise the chance for success for your children start by strengthening your family. I know it is hard to do in a cacophonous world such as this, but it is possible. If you don’t want your children being gunned down in the streets, raped, tortured or murdered by their “friends”, your teenage daughter a mother at thirteen, then it’s time to start building the defenses at home. Here are four simple things that can literally turn your family around, not to mention an entire society. First, begin with a mother and father who are willing to live up to their responsibilities, or at least one parent willing to do this, and then:

Pray: Begin each morning and end each day with family prayer. In so doing you provide an additional protection for your loved ones that help them remain strong and valiant as they go out into the world. It will strengthen your bonds as a family and invite a feeling of peace into your home. Choose one night a week that is dedicated, sacrosanct, to your family and teach a guiding principle, have some treats, and play a game together as a family.

Goodness: As a family, learn goodness together. That means you do not leave the moral and spiritual education of your children to the world. You must teach your children what is right and what is wrong. You must buck the tide and explain the easy way out is rarely the right way. Explain the consequences of doing the right thing and the wrong thing, and then teach them by example.

Work: Working together as a family teaches your children the value of a good work ethic. You’d be shocked to know during my manager days how many people I interviewed who not only didn’t have a work ethic, they didn’t even know what one was. If you, as the parent, don’t teach your children how to work well you are setting them up for failure before they even get started.

Read: Yes, I said “read”. Sit down with your children at night, or first thing in the morning, and read good books together. My own mother, even during her single years, sat with us each night and read a chapter from a favorite book. It was often James Herriot’s delightful series based on his adventures as a veterinarian. Then she would read a chapter from the scriptures. We closed the evening with family prayer and then off to bed. These are very fond memories of mine from childhood. But if you start researching the value of reading and how much it gets kids ahead in the world, you’d understand why my mother did what she did. Among her children she has a mathematician, lawyer, artist, author, and musician.

If you are willing to do these four things, you will find that in beginning with your family and influencing others, you will see an increase in stability in your home and community. Rebuild the family unit, strengthen the ties that bind and start making the difference that truly needs to be made.

Call for fathers to actually be active, present and engaged in the lives of their children. Teach them to keep their pants zipped until they are married. Teach your daughters to value themselves and their bodies, not sharing them with every Tom, Dick and Harry that walks by. Teach them to value themselves, remind them they are children of God and our circumstances may be difficult outside the home but within the home it is a haven from the world. THAT is how you will decrease the Michael Brown and Trayvon Martin incidents and increase graduation rates and job rates. Value who you are and the world will learn to value you too.