Compiled by Kevin Price, Publisher and Editor in Chief, US Daily Review. 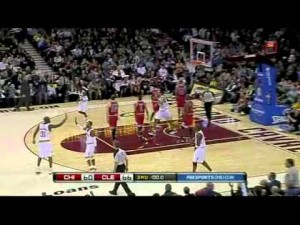 The National Hockey League was enjoying extra eyes and extra revenue dollars, while the NBA suffered on life support.  Realizing that the lockout was hurting everyone, both sides have put together a tentative deal and it is the big story on this news day.

The New York Times takes a decidedly local perspective, noting “As a frantic Black Friday gave way to a sleepy Saturday morning in Midtown Manhattan, the biggest deal of all was consummated in a law office tucked between F. A. O. Schwarz and the Apple Store. With handshakes, sighs and weary smiles, the N.B.A. and its players resolved a crippling labor dispute, allowing them to reopen their $4 billion-a-year business in time for the holidays. A 66-game season will start on Christmas Day, ending the second-longest lockout in league history.”

Sports Illustrated starts with the headline, “Finally an Agreement.” It stated that “After a secret meeting earlier this week, the sides met for more than 15 hours Friday, working to try to save the season. This handshake deal, however, still must be ratified by both owners and players. Stern said it was ‘subject to a variety of approvals and very complex machinations, but we’re optimistic that will all come to pass and that the NBA season will begin Dec. 25.’ Barring a change in scheduling, the 2011-12 season will open with the Boston Celtics at New York Knicks, followed by Miami at Dallas in an NBA finals rematch before MVP Derrick Rose and Chicago close the tripleheader against Kobe Bryant and the Lakers. The league plans a 66-game season and aims to open training camps Dec. 9, with free agency opening at the same time. Stern has said it would take about 30 days from an agreement to playing the first game.’All I feel right now is `finally,” Miami Heat star Dwyane Wade told The Associated Press.”