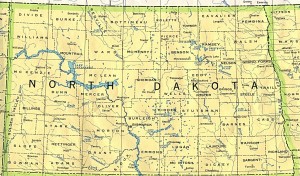 The Obama Administration’s decision to reject the construction of the Keystone XL pipeline that would bring Canadian tar sands oil to refineries in the United States was a blow to the United States energy sector.  The pipeline would have created tens of thousands of jobs, while providing a steady supply of crude oil to American refineries.  The decision was roundly criticized even by groups the President would typically consider allies, such as organized labor groups and proponents of infrastructure projects as an engine for job creation, and it was considered by many critics to be done as a political nod to environmental groups recently displeased by the Obama Administrations lackluster efforts to push a “cap and trade” system for regulating CO2 emissions and delay of new emissions regulations on power plants.

But while the pipeline debate continues – Republicans and Democrats in Congress are looking at other ways to override the Administration’s decision on Keystone – there has quietly been a new source of positive growth in domestic oil and gas production, one that is dramatically promoting the metamorphosis of a small prairie state into an oil and gas juggernaut.  There’s a New American Energy Renaissance on the rise in an unlikely place:  North Dakota.

Discovered in the 1950s, the Bakken Oil Shale Formation is home to an estimated 3-4.3 billion barrels of crude oil according to a 2008 report by the US Geological Survey; many private investors are currently using 24 billion barrels as an operating baseline.  These estimates are very fluid and tend to increase as measurements and computer modeling become more sensitive, as a similar study in 1995 showed only 151 million barrels of oil.  Whatever the total, it is a significant amount of crude oil not subject to “Arab Spring” demonstrations or Iranian threats of closing the Straits of Hormuz.  As a comparison, current known Saudi reserves are 70 billion barrels, and the recent new discoveries off the coast of Brazil are estimated at 30 billion.

The Bakken oil sat untouched for decades because drilling methods were unable to extract the oil from the shale formation.  The development of new hydraulic fracturing (“fracking”) and other procedures such as horizontal drilling have led to the rise of the Bakken renaissance.  The crude is of a low-sulfur variety that is easily processed by most refineries; the Keystone-delivered tar sands crude from Canada, by contrast, is much more difficult to process.

The production of the Bakken shale oil has made a tremendous impact on the economy of North Dakota.  The state’s economy grew at a rate of 7.1% last year, compared to 1.7% for the US economy as a whole.  It would probably surprise most people to know that the United States ranks 3rd in the world in oil production.  Among US states, North Dakota has moved from 9th in production to 4th, and estimated to pass Alaska and California in the coming decade.  In November 2010, North Dakota production hit a record of 510,000 barrels per day.  That’s more than Ecuador, a member of OPEC, and an increase of 150 thousand barrels per day from a year earlier.

The small town of Williston, ND, has served as the base for the Bakken extraction.  Its population has nearly doubled over the past decade, from about 12,000 to approximately 23,000; meanwhile, unemployment has dropped to less than 1%.  While not without its strains on the infrastructure and creation of some uncomfortable living conditions – parking spots for RVs are going for more than $1000 per month and hotel rooms are insufficient, so many workers are living in “tent cities” – there remain 2,000-3,000 job openings.  McDonalds is hiring workers for entry level wages of $12.50-15 to supply Big Macs to the influx of hungry oil hands.  Rental cars and hotel rooms as far away as Billings, Montana – over 300 miles away – are in high demand.

North Dakota is not the only state with newly-accessible bounty in oil and gas.  There are shale oil and natural gas formations present in Louisiana, Texas, Pennsylvania, and Colorado as well.  There are more obstacles to production in some of these areas due to government bureaucracy.  A trucking company manager recently told me they were looking to hire over 4000 drivers over the next three years solely to cover Texas, Pennsylvania, and North Dakota.  That’s thousands of jobs for one company that comprises a single, small segment of the oil production industry in just three states.  The Tesoro Refinery in Mandan, ND, has announced a $35 million expansion to process more of the Bakken crude.  That’s more construction workers, plant operators, electricians, pipefitters, millwrights, environmental scientists, and engineers, just to name a few associated jobs.

The development of these energy resources has already reduced American imports from nearly 2/3 of domestic consumption to less than ½ over the past 2 years.  Further development can fuel not only America’s cars, jets, and power plants, but also America’s engine for job creation, economic growth, and infrastructure development while reducing dependence on a part of the world that can vary from unstable to downright hostile.

The outlook for American energy production is robust and dynamic.  Could a New American Energy Renaissance be around the corner?  It seems inevitable, and it starts in North Dakota.

Born in the same county as Davy Crockett in East Tennessee, Dave Smith has been living in Texas for over 10 years and involved in politics in for over 15 years.  He has been blogging for nearly 10 years, has contributed to Town Hall Magazine and other publications, and has been on ABC and Fox discussing election issues.  He is a graduate of Tennessee Tech University with a degree in chemical engineering.