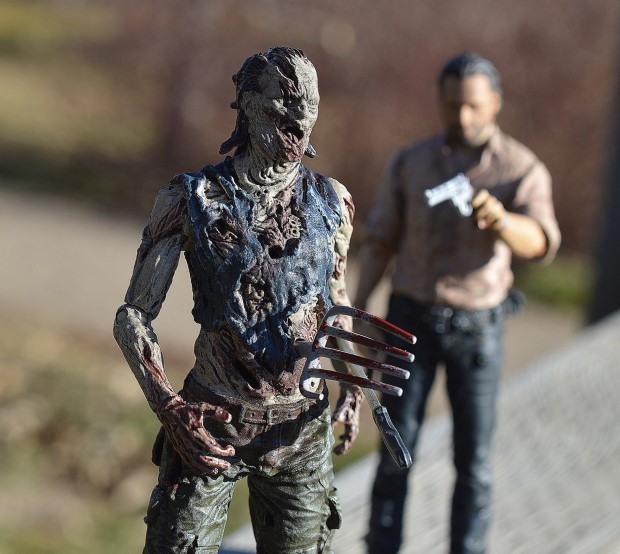 Let’s face it. Even a toddler nowadays, at a tender age, seem to know how a mobile phone or tablet works. They can easily access any video under the sun, and yes, violence is one of those things that they have full exposure every single day. Even the games that they can readily download from the internet seem to promote battles and wars where the victory over enemies is the main goal. Zombies or annihilation of the human kind, complete with horrifying background sounds, also hold their ever-changing interest. I can name more, but do you get my  drift?

Violence, aggression or hostility seems to take the limelight nowadays. It can found in so many ways. It could be in the form of an action program showing on the television, a murder news on the radio, morbid headlines on the newspaper, a quick search from the internet or worse, one they can experience in real life. Even the cartoons that your kids watch every day seem to promote violence, one way or the other. That latest action movie showing in the cinemas today? Yes, that one  too.

Now that you think of it, these things seem to appear harmless. But extreme exposure to violence for kids, (in so many ways) really is a bit alarming. When was the last time that you sat down with a kid, watching a cartoon, and said to yourself, “Is this even appropriate for a child to watch?”. I bet that was a long time ago. We probably get used to these everyday occurrences that we tend to think, it is normal. Just imagine how these seemingly harmless exposures to aggression inadvertently mold the psychological state of mind of a kid. Pretty daunting, isn’t  it?

Today, we are all living in the digital dimension, information (good or bad) are all readily available within a click of a finger. The invention of the ever powerful internet has changed the course of our lives in more ways than one. Unfortunately, this overpowering privilege to information availability also comes with repercussions. More so affecting the innocent lives of our children, one way or the  other.

It does seem noteworthy to point out that children nowadays spend most of their time watching the television. And you can guess what is being shown in it, violence (either figuratively or explicitly). It even became more dynamic, graphic, sexual and sadistic. Video games involving physical battles played by children make them think it is okay to have physical battles in the real world towards other people. Music videos push them into violent territories as they try to copy what they see and hear. Virtual violence is also readily available on the internet. Children can easily download violent lyrics, violent movies, and other censored images. Horror movies and other movies combined with sexual imagery and violence create a disturbing effect on them. They are exposed to scenes of death, dismemberment, mutilation, sex and other morbid things. These are just some to name a  few.

Their exposure and immersion to television and other electronic media are also known to interfere with their social activities such as playing, exploring and interacting with people. So instead of running around and playing in the sun outside with friends, which develops their social skills, most of the children would prefer to be at their beds or at the couch, either playing the latest video game in the television or on their mobile phones. Hence, more children tend to be overweight as they lost their chance to run around and sweat it all out, playing in the park or simply being outside their  homes.

Children exposed to violence in various modes of media tend to increase their aggressive behavior, cognition, thoughts, and feelings. They also tend to be less empathetic and depreciating pro-social behaviors. This can also result in long-term effects making children sadistic and show manifestations of misogyny. The long-term exposure of children to violence in media can treat these violent actions as norms. They tend to do violent actions without regard to consequences. This can shape them into becoming violent adults and becomes a potential nuisance to the  society.

With all these atrocious exposures to hostility in mind, how do you think we (adults) are faring in terms of molding our future generations? Ever heard the saying from T.S. Eliot, “Home is where one starts from”. Every kid, especially in the development stage, would learn everything from parents first, siblings if applicable, other friends they make along the way and family members. Then come the school and the community around them. Those who are surrounding the children have to made aware of how they can guide these kids on the right path. I heard it said somewhere, “It’s not what you do for your children, but what you have taught them to do for themselves, that will make them successful human  beings”.

Imagine that the kid is a seed that is planted on the ground. There are generally two outcomes for the seed, depending on the ones taking care of it. If it was neglected, not exposed to sunlight, and no water for nourishment, the seed will not grow, and eventually will wither and die. On the other hand, what do you think will happen if it was planted where direct sunlight hits the ground, watered down properly and sometimes, even being lovingly talked to? Of course, the seed will flourish into a plant, strong and alive. This analogy can also apply to how are we going to mold our children’s values and morals. Are we going to be as careless as the other one who neglected the kids or are we going to be the guardians who will properly nourish the minds of our children? Proper guidance would always be a contributing factor to ensure that this daily exposure of children to violence does not get out of hand. This can simply start with the immediate people at their homes, the media, government and eventually, the whole  world.

There are some simple ways that we can do to protect the minds of our children. The first thing is proper communication. The amount of time we spend with them is extremely important. Make sure that the kids are properly informed and that their unending questions are also answered in the best way we could. Being surrounded by caring adults would have much more impact on the psychological development of the children in ways more than we can ever imagine. We can also give them a pet and make them responsible for them so that they would have a sense of responsibility. It is also known to make children more sociable, sensitive, caring and have less time to play games on their mobile phones because they would rather play with their pets instead. Lastly, it would also be a good idea to make sure that the children are involved in after-school activities or sports, artwork, part-time jobs or tutoring  programs.

Fear not, my fair maidens and handsome lads! Although the future might appear bleak and hopeless, it is not yet too late. Time is of the essence. We can still make the world a better place. Let’s start with ourselves. Be mindful of our surroundings so that the kids can emulate us. Only then are we able to secure the minds of the world leaders of tomorrow. Our only hope for a brighter future  ahead.