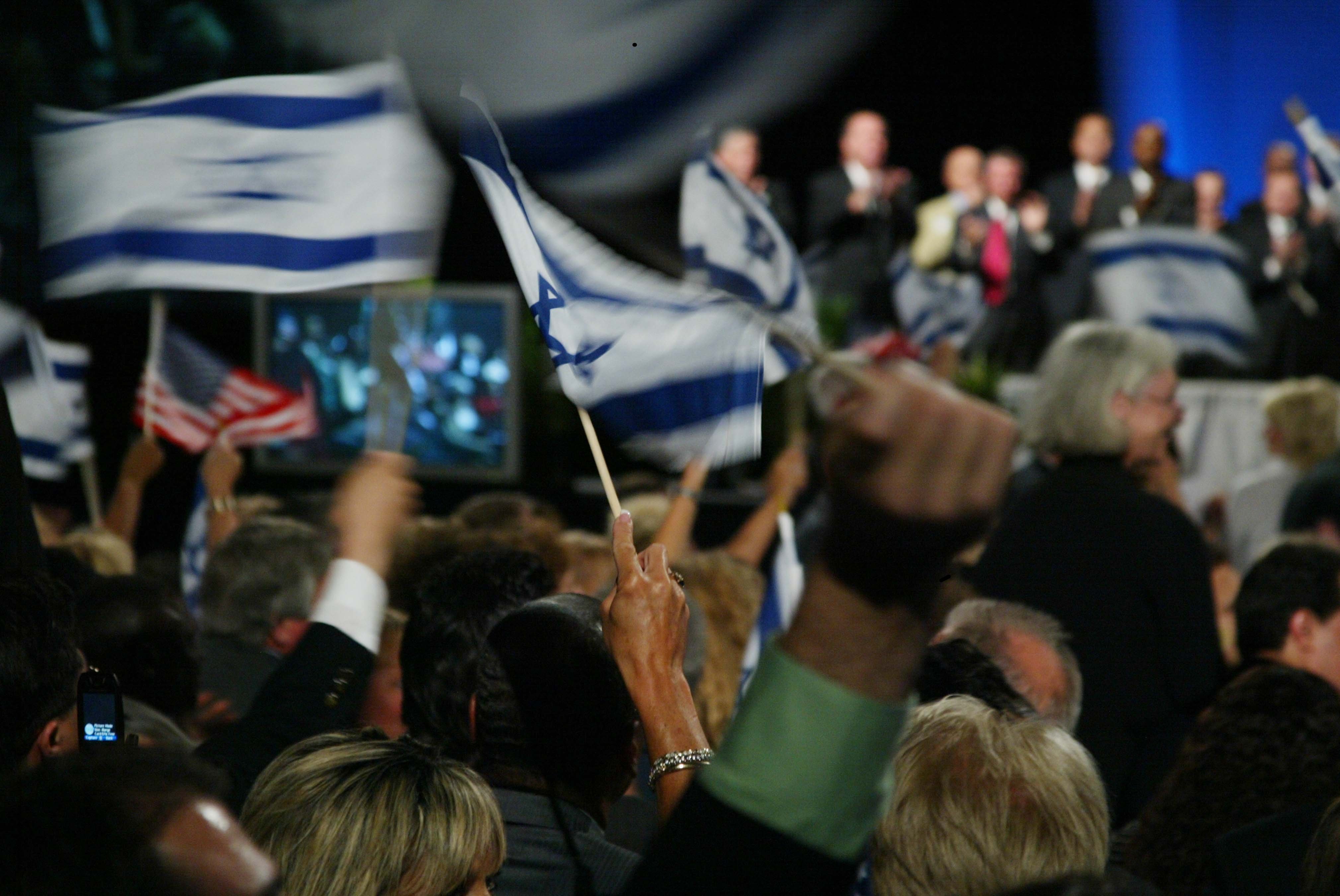 As the political scene in the Middle East becomes increasingly crowded and confused, only one theme (it seems to me) becomes ever clearer, even though it is among the least discussed in our midst:

The Christian communities of the Arab world are being forced upon the path to extermination.

The notion that illiberal attitudes and religious obscurantism would dissolve as the Arab Spring advanced – as democracy developed on Arab soil — has been utterly discredited. In Egypt, the largest of the Arab nations, and the one that seemed to hold out the most promise at first, the experiment in democracy has been dismantled; but the Christian minority (most of them belonging to the ancient and indigenous Coptic Church) has been severely weakened by three years of menace from Islamist mobs. The political eclipse of the Muslim Brotherhood has evidently not significantly reduced this menace. (Gary Lane, “Why Persecution of Egypt’s Christians Is Not Over, “CBNNews, May 23, 2014; . “Violence against Christian Copts continues despite fall of Muslim Brotherhood,” Christian Post, March 26, 2014. )

Even before the Arab Spring sprang we had already seen the fruits of democracy in Iraq. Ancient hatreds between and among Sunnis and Shias, Kurds, Turkmen and other tribes and sects   prevented the creation – at least until now — of a government to which a majority felt loyalty, leaving a huge vacuum of power and authority into which has recently plunged the most satanic of all the Islamist movements – the Islamic State. All along, liquidation of Christians has been the only item on the to-do list of all of the Arab parties. After Saddam Hussein fell in 2003 and as the Americans began the grandiose experiment in making Iraq fit for democracy, the Muslim masses of Iraq, encouraged by fiery sermons from their imams, began to terrorize the Christians. With the political-opportunist Saddam Hussein removed, Muhammad’s instruction to seek conversion by force of Christians or compel them to permanent subordination through the jizyah was immediately ringing throughout the land. Long before ISIS was on the scene, perhaps one-third of Iraq’s Christians — people who had lived in the land between the Euphrates River and the Tigris River for at least 600 years before Muhammad was born — had been forced to flee to parts of Iraq remote from their homes, notably to the Kurdish Autonomous Region. Many of these are already taking the next step: fleeing the Middle East altogether.

In Afghanistan, a decade after the West overthrew the Taliban-controlled government, committing billions of dollars and thousands of lives, the last church has been destroyed, even as brave individual Christians suffer under blasphemy and apostasy laws enforced by a government whose bills are still being paid by the west.

In Syria, where literally hundreds of Islamist gangs took hold in the vacuum created by the retreat of the armies of Bashir al-Assad, a systematic pogrom was well under way against some of the oldest Christian churches in the world before the end of 2012. The verdict of the well-informed was that nothing could be done about this. Most of those few NGOs that were capable of discerning something wrong about the persecution of Christians favored emigration of the Christians to Europe as the best solution all ‘round to the unhappiness caused by their continued presence in the Arab world. Assad abetted this persecution from the beginning, insisting that Christians were among the many subversive elements dedicated to overthrowing his regime. Part of the price paid by the United States and the other Western powers to get Assad to cooperate in the work of dismantling his stock of chemical weapons was to abstain from offering protection to the desperate Syrian Christians, lest such activity be construed as compromising pledges not to interfere with the balance of forces on the ground. (Raymond Ibrahim, “Largest massacre of Christians in Syria ignored,”www.meforum.org, November 21, 2013.) About one-third of Syria’s Christian population of about 1.8 million has abandoned Syria since the civil war began. (“Syrian Christians facing extinction: ‘A tragedy of historic proportions,’” Christian Today, August 15, 2014.)

The triumph of ISIS throughout large portions of what used to be called Syria and Iraq, as well as its possibly imminent triumph throughout parts of Lebanon, Jordan and even Turkey, has led most of the Islamist gangs to declare their acceptance, if not always their wholehearted allegiance, to the self-proclaimed Caliph of All the Muslims in the World.

Wherever ISIS has taken hold (at least for the time being) the program of liquidation of all Christians residing in the Muslim world has been pursued with literally unprecedented ruthlessness. It can be so ruthless because it comes from an utterly clear conscience; and this is because, unlike the messages of all the governments still extant in the Arab world, and unlike the messages from all the political movements that we imagine command allegiance on other premises throughout the Muslim world, it comes from the clear instruction of the founder of Islam, Prophet Muhammad. The message is “Convert to Islam or face the sword.”

“Islamic Behaviour”: How Do We Recognize It When We See It?

Part-way through his brief address to the nation “outlining his strategy to defeat Islamic State militants in Iraq and Syria” (September 10) President Obama steps aside, so to speak, from how this will be done in order to make sure that we understand the nature of this enemy. They are “the terrorist group known as ISIL.” We have already achieved some striking success (he claims) dealing with this sort, having taken out “Osama bin Laden and much of Al-Qaida’s leadership in Afghanistan and Pakistan … and the top commander of al-Qaida’s affiliate in Yemen and recently… the top commander of its affiliate in Somalia.” But,

in a region that has known so much bloodshed, these [ISIL] terrorists are unique in their brutality. They execute captured prisoners. They kill children. They enslave, rape and force women into marriage. They threatened a religious minority [which he declines to name] with genocide … Let’s make two things clear: ISIL is not Islamic. No religion condones the killing of innocents, and the vast majority of ISIL’s victims have been Muslim. And ISIL is certainly not a state…. (www.washingtonpost.com, September 10, 2014.)

The same line of thought (if thought it can be called) is found in the televised remarks of Prime Minister David Cameron regarding the globally-broadcast ceremonial execution by the Islamic State of the British aid worker David Haines: “They claim to do this in the name of Islam. That is nonsense! Islam is a religion of peace. They are not Muslims, They are monsters.”

An obvious question will occur to most alert minds. At least, it occurred to Robert Spencer of Jihad Watch:

A well-researched article in the journal Middle East Forum fortifies this point by demonstrating that the beheading of infidels is absolutely commanded by Muhammad. Furthermore, grotesque though it will seem to say so the actual beheading was the least of the indignities that these recent “infidels” endured.

All sadistic acts being carried out by the Islamic State were in fact committed by the earliest Muslims and all to the complete approval of Muhammad (and apparently the “angel” Gabriel, too). They include: Beheadings and mutilations … Humiliation and gestures of triumph (feet on chest of fallen victim, dragging his body, or head, on the ground), Laughter, mockery, and celebration (for the hearts of the believers are now ‘healed.’)” (Raymond Ibrahim, “Beheading Infidels: How Allah ‘Heals the Hearts of Believers,’ merfnews@meforfum.org, September 11, 2014.)

(Among relevant Quranic texts, Ibrahim draws our attention to IX:14-15, 96:15-16. Extra-Quranic texts are (inter alia) from Al-Bidaya was Al-Nihaya (“The Beginning and the end,” described as “Ibn Kathir’s authoritative history of Islam.”)

Proof of the entirely “Islamic” character of the programme of this satanic group is all over the internet. Among other evidence, Juhada Watch cites the scholar Abu ‘l-Hasan al Mawadi, who, in his The Laws of Islamic Governance, writes:

As for the captives, the amir [ruler] has the choice of taking the most beneficial action of four possibilities: the first to put them to death by cutting their necks.

Well, we can check off that one.

The next two “choices” we see being exercised before our eyes as well: “to enslave them and apply the laws of slavery regarding their sale and manumission; [and] to ransom them in exchange for goods or prisoners.” The fourth, we are told, is “to show favor to them and pardon them.” Recent instances along this line are hard to find—until it occurs to one that submission of Christians to the new Caliphate under the laws of dhimmitude are reckoned as “favor” (given that the alternative is death.)

But it is number one for which textual support is easiest to find:

Allah, may he be exalted says, “When you encounter those [infidels] who deny [Islam] then strike [their] necks.” (Qur’an 47:4.)