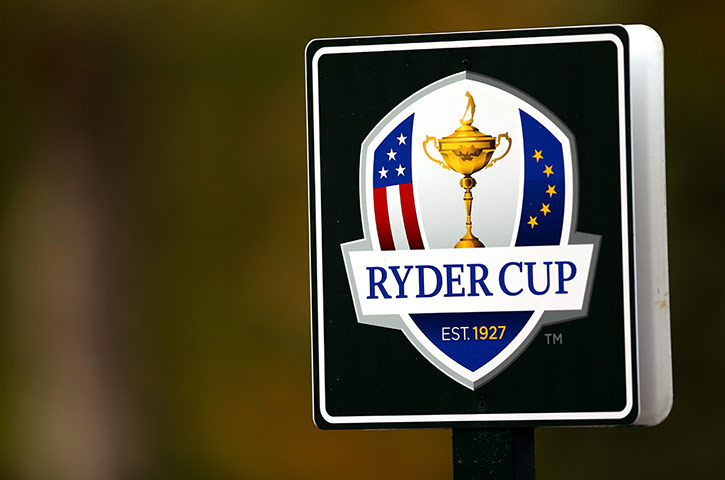 In an unprecedented agreement, The PGA of America and NBC Sports Group today unveiled a historic partnership to further raise the profile of the Ryder Cup, the Senior PGA Championship presented by KitchenAid, and PGA Professionals across the networks of NBC and Golf Channel beginning in 2015. The partnership, which extends through 2030, and includes eight additional Ryder Cups on NBC, was announced today by PGA ofAmerica President Ted Bishop and CEO Pete Bevacqua, and NBC Sports Group Chairman Mark Lazarus. The agreement also includes all-language and simultaneous streaming rights for NBC’s Ryder Cup coverage.

The Ryder Cup, one of the most prestigious events in all of sports, has been televised by NBC since 1991. In 2012, the Ryder Cup was televised to nearly one-half billion households globally.

With this agreement, the Senior PGA Championship presented by KitchenAid will also continue to air live on Golf Channel (weekday coverage) and NBC (weekend coverage) through 2030. Additionally, Golf Channel will continue live ­­coverage of all four rounds of the PGA Professional National Championship.

The relationship between The PGA of America and NBC Sports Group expands a powerful partnership that is designed to grow the game of golf and celebrate the PGA Professional by:

This agreement will showcase the important role that PGA Professionals serve in instruction, equipment selection and Rules knowledge, all of which will benefit golf fans and golfers. New instructional programming and original series will be developed in conjunction with the PGA of America featuring PGA Professionals. Host PGA Professionals also will be featured during Golf Channel’s weekly coverage of PGA Tour, Champions Tour and LPGA Tour events.

“In many ways, this is a transformational deal for The PGA of America,” said Bevacqua. “We are not only excited about the continued excellent coverage and treatment of the Ryder Cup, Senior PGA Championship presented by KitchenAid and other PGA of America events by the NBC Sports Group, but we are eager to work with the networks of NBC, including Golf Channel, on celebrating the unique role of the PGA Professional in the game. Golf Channel is the daily voice of golf in this country. There are wonderful synergies that will be explored between that voice and The PGA of America, as we work together to honor PGA Professionals, draw upon their expertise and expand their relevance among those who already play the game and those who aspire to play.”

Programming will also be designed to promote growth-of-the-game initiatives, such as Get Golf Ready, where a PGA Professional will appear on a regular basis on Golf Channel and NBC’s regional sports networks, offering advice on how beginning golfers can experience the game in a variety of ways.

“We’re excited to continue our longstanding relationship with The PGA of America and renew the Ryder Cup, one of the most prestigious properties in sports, through 2030,” said Lazarus. “This multi-platform agreement allows our broadcast, cable, digital and regional platforms to work with The PGA on their prestigious events and important initiatives.”

The PGA of America has partnered with Golf Channel since the network’s founding in 1995, to promote the expertise of PGA Professionals, including shows featuring top PGA instructors, such as Michael Breed and Martin Hall. This expanded agreement provides an avenue for Golf Channel to extend its reach through innovative new programming and events.

The partnership also will include a series of historical highlights of The PGA of America, which will be produced in conjunction with The PGA’s Centennial Celebration in 2016.

The PGA of America was advised by Evolution Media Capital, a leading sports and media investment bank.