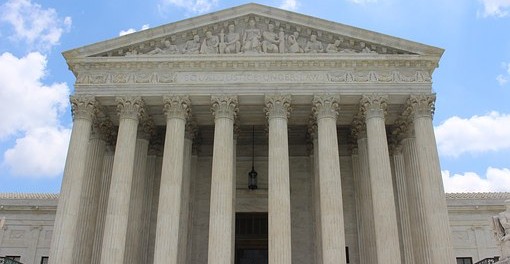 The United States of America Securities Exchange Commission whistleblower program was passed in 2010 after the President signed the Dodd-Frank Wall Street Reform as well as the Consumer Protection Act. The law additionally established an incentive program to incentivize the individuals reporting violations of the Commodity Exchange Act. This is run by the former executive of SEC enforcement attorney, Mr. Christopher C. Ehrman. The whistleblower unit rewards individuals who submit cases of violations of the securities laws. It also offers employment protections and the ability to issue a report anonymously. The SEC whistleblowers have been entitled to awards such as 10 to 30 percent of the total monetary sanctions garnered, which are always paid from replenishing Investor Protection Fund. From 2011, whistleblower tips have made it possible for the SEC to recover up to $1 billion in monetary penalties from the reported individuals. More than $250 million people have been awarded.

In the past, the fear of retaliation along with blacklisting prevented individuals from reporting wrongdoing in their workplace. Therefore, business cultures of silence, as well as conspiracy developed and intimidated the individuals who would raise alarming claims against misconduct. As such, law enforcement in addition to regulatory authorities was unable to detect securities violations, particularly in earlier stages. All too often, hidden wrongdoing would manifest and grow until it was discovered in the midst of a corporate collapse. This left employees devastated. To cut down the risk of retaliation, the SEC Whistleblower unit was launched to empower whistleblowers by enabling them to report cases anonymously.

The ability to issue a report of possible misconduct anonymously is an essential pillar of the new SEC Whistleblower. A whistleblower needs to be represented by a lawyer, and they must provide the counsel with a copy of the submission of the whistleblower signed under the perjury’s penalty. Additionally, the whistleblower’s attorney will verify the subject’s identification before submitting information to the SEC.

Although the SEC had a bounty unit that was started more than 10 years ago to reward whistleblowers for insider trading policies, an inspector from the general office established in a report that the old SEC received few applications from various individuals who sought a bounty, and that there were few payments made in the channel because it wasn’t recognized. The findings also indicated that the initiation wasn’t properly designed. As such, the financial crisis that affected many businesses and the Madoff scandal of 2010 enhanced the bounty unit. To be specific, Section 922 of the Dodd-Frank was amended. Under the new policy of whistleblowing, the SEC is allowed to make monetary incentives to individuals who voluntarily offer original information that may lead to the successful enforcement of various actions resulting into financial sanctions of up to $1,000,000.

In the case of retaliation, employees are granted a legal right of action without the requirement to exhaust administrative remedies before filing. Besides, some courts have also held that the private right to action extends to various disclosures particularly, if a worker doesn’t provide the right information to SEC. Although the law is of now unsettled on the question of reporting a case through the whistleblower, majority of the federal district does confer protection from retaliates for internal reporting of securities violations.

Since 2011, whistleblower’s tips have made it possible for the SEC to recover over $1 billion in financial penalties. Former Chair of SEC Mary Jo White branded the new management as a game changer while talking in an event. Given that the investigations of the SEC unit can take up to two years to be completed, no awards were made in the first year of the launching.