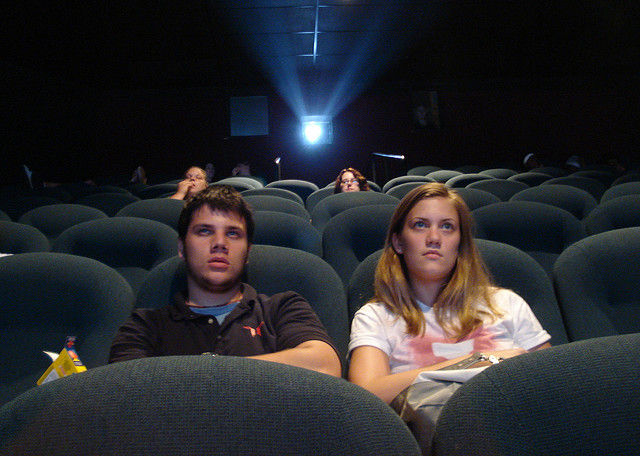 Going out to the movies once was, and for many still can be, an exciting night out. However, a new Harris Poll finds that while roughly two-thirds (68%) of U.S. adults went to the movies at least once in 2013, just about the same percent (66%) say they’re going to the movies less often now than a few years ago.

These are some of the results of The Harris Poll of 2,311 adults surveyed online between December 11 and 17, 2013 byHarris Interactive. (Full results, including data tables, can be found here)

When asked to choose the main factors which drive them to see a movie in a theater, Americans’ top selections include featuring a favorite actor or actress (32% among total Americans, 54% among those who prefer watching movies in a theater).A companion Harris Poll released today unveils Golden Globe nominee Tom Hanks as America’s favorite movie star, while fellow nominee and Oscar winner Jennifer Lawrence debuts on the list in the number three spot. Fan favorite Denzel Washington ranks second, dropping from his top spot on last year’s list.

Best and worst aspects of a night at the movies
When questioned about the best and worst things about going to the movies, there are a couple of clear frontrunners for each side of things:

Cost has some additional implications on the movie going experience: seven in ten Americans (69%) believe 3D movies are just an excuse to charge more for tickets and nearly six in ten (58%) say they have snuck food into the movies.

Two tickets, please
Good word of mouth tied with favorite performer as a top reason people go to see a movie in the theater (32% among total Americans, 48% among those who prefer watching movies in a theater), followed by the movie being a sequel to or part of series that they love (30% and 45%, respectively), special effects (29% and 47%, respectively) and the overall theater experience (29% among total Americans, while at 59% this was the top driver among those who prefer to watch movies in a theater).

As for who they go to the movies with, movie night and date night appear to have a great deal of common ground, as spouse/significant other (55%) is the most-cited theatergoing company, followed by friends (32%) and children (21% among total, 51% among those with children in their household).

In a separate line of questioning, Americans were asked about what the main ways are in which they watch movies at home, and while one advantage of watching at home is the convenience of watching what you want when you want to, watching live on TV is the top way of watching (60%), followed by: