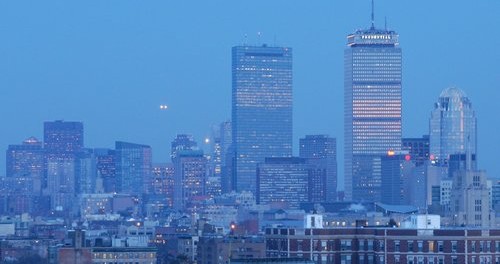 By CALIFORNIA ASSOCIATION OF REALTORS’ Center for California Real  Estate

Prospective home buyers face numerous challenges when it comes to achieving the American Dream, and homeownership obstacles vary among ethnic groups, according to a poll conducted by leading think tank the Futures Company in partnership with the CALIFORNIA ASSOCIATION OF REALTORS®‘ (C.A.R.) Center for California Real  Estate.

For all respondents, saving enough for a down payment is the biggest barrier to becoming a homeowner, cited by nearly one in three (29 percent) prospective home buyers, followed by housing supply constraints (27 percent), access to credit and financing (22 percent), and personal debt (19  percent).

These hurdles diverged across race and ethnicity. Thirty-one percent of non-Hispanic whites said constrained housing supply was the most likely deterrent to becoming a homeowner, while a third of Hispanics cited access to credit and financing as their primary challenge in buying a  home.

African-Americans (33 percent) and Asians (32 percent) both cited a lack of down payment or savings as the main prohibitive factor in purchasing a  home.

“With record high rents and only about a third of the state’s households able to afford to buy a median-priced home, the dream of owning a home in California is evaporating,” said C.A.R. President Pat “Ziggy” Zicarelli. “It’s even more discouraging for prospective ethnic home buyers who must face greater obstacles to scrape together a down payment or obtain credit and  financing.”

Homeownership and sense of  well-being

The poll also found that the vast majority (84 percent) of respondents agree that owning their own home gives them a greater sense of well-being and control over their environment. Across all incomes, races/ethnicities, and generations, respondents overwhelmingly agreed on the positive impact of homeownership on their personal satisfaction and health from having greater control over their  environment.

In connecting housing to opportunity, nearly three in four (72 percent) agree that owning a home is part of their retirement strategy, believing that homeownership is a tool for long-term financial security among those who plan to buy a home or currently own  one.

Lastly, nearly three-fourths (70 percent) of survey respondents who plan to buy a home agreed that they would like the current presidential candidates to address how to make housing more affordable in their  campaigns.

And, across all incomes, generations, and races/ethnicities, consumers were strongly in agreement that housing affordability should be a top priority on the presidential campaign trail as candidates make their pitches for ballots in the lead-up to the November  contest.

However, housing affordability and solutions to reduce the cost of living have received noticeably little attention this campaign season. Other than releasing plans to increase the five-decades-low homeownership rate, the presumptive nominees, DemocratHillary Clinton and Republican Donald Trump, have not issued comprehensive housing policies, including action items to address the significant housing affordability  crisis.

The Center for California Real Estate (CCRE) (centerforcaliforniarealestate.org) is an institute from the California Association of REALTORS® dedicated to advancing real estate knowledge. The goal of the center is to arm C.A.R.’s 185,000 members with ideas that help them become more knowledgeable, professional, and insightful in their work as practitioners and stakeholders in the future of real estate. To fulfill this goal, CCRE regularly enlists the foremost experts on topics of pertinent interest to the  industry.

Leading the way…® in California real estate for more than 110 years, the CALIFORNIA ASSOCIATION OF REALTORS®(www.car.org) is one of the largest state trade organizations in the United States with 185,000 members dedicated to the advancement of professionalism in real estate. C.A.R. is headquartered in Los  Angeles.