Editor’s Note: One of our favorite features in a publication is “Seven Days” from Bloomberg Businessweek.  It gives the reader an excellent overview of dates that matter to business, not just in the US but around the world. Also, it is not merely business news, but also a health dose of what is going on in government and politics.  You can now find an expanded version of that unique feature at BusinessWeek.com: 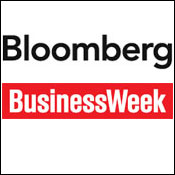