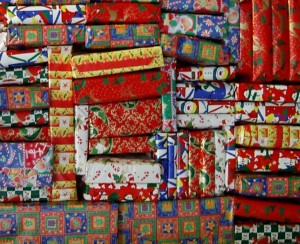 “We’re asking community residents to shift your purchases of food, cards, gifts, flowers and other holiday purchases to where it matters most, from your friends and neighbors at locally-owned business. And while you’re at it, see some familiar faces and enjoy the experience,” said Joe Grafton, director of Somerville Local First in Massachusetts.

Americans do a large portion of their annual retail shopping budget between Nov. 1 and Dec. 31 — about $700 per shopper according to the National Retail Federation. The organization cites studies that show that if those dollars are shifted to locally owned, independent businesses, they’ll generate far more economic benefit in local communities than money spent at local chain outlets or businesses outside the community.

Shift Your Shopping encourages residents to take job creation and economic concerns into their own hands by exercising their power to strengthen their local economies. Numerous studies on the impact of buying from local independent business have found impressive benefits, according to the group. For example, a 2008 study of Kent County Michigan by Civic Economics projected shifting 10% of the county’s per capita spending from chains to locally-owned independent businesses would create “almost $140 million in new economic activity and 1,600 new jobs for the region.”  The organization did not indicate what the costs were to consumers for such a shift, since many of the chains tend to offer products at a lower price than locally owned businesses.

In addition, annual surveys over the last four years show places that “go local” do better. For example, last year, the Institute for Local Self Reliance gathered data on annual revenue changes from nearly 2800 independent business. That data revealed independent businesses in communities executing long-term “buy local and independent” campaigns averaged a healthy 5.6 percent increase over the previous year. This gain more than doubled the 2.1 percent increase reported by independent businesses in areas lacking such campaigns. All of those campaigns operated with support from the American Independent Business Alliance (AMIBA) and/or Business Alliance for Local Living Economies (BALLE).

Shift Your Shopping combines the efforts of AMIBA and BALLE with more than 150 local business alliances comprised of over 38,000 local businesses, according to the coalition’s press release. Grassroots groups like Oakland Grown and the Humboldt Independent Business Alliance in California and Asheville Grown Business Alliance in North Carolina will execute campaigns with their own flair, picking and choosing from among campaigns like America Unchained!, Buy Local week and Plaid Friday, the colorful alternative to Black Friday. ShiftYourShopping.org will provide access to resources from all of these campaigns, including templates allowing anyone to spread the message easily in their community. Anyone can participate and make a direct impact where they live.

Beyond the economic impacts, Shift Your Shopping is also about celebrating the “uniqueness of your community,”, according to the group’s press release; AMIBA Director Jennifer Rockne said, “By shifting the focus of holiday shopping to locally owned, independent businesses, we can strengthen our communities and economy, create more jobs and — equally important — we can enjoy more relaxed and rewarding experiences doing holiday shopping.”

AMIBA has helped hundreds of communities implement their own pro-local business campaigns for the holidays and offers several free resources through their America Unchained! page. “Regardless of which campaign theme they use, we’re just pleased to see more communities recognizing the key role of independent business this year and choosing to support their local merchants during the holidays,” added Rockne.

Shift Your Shopping extends through December. See ShiftYourShopping.org for a wide array of resources and information on participating organizations.